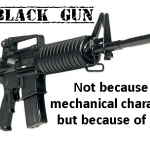 Recently MP Bob Zimmer put forward a petition to reclassify the AR-15 from its current "restricted" classification to "non-restricted".  In the wake of the mainstream media frenzy over the AR-15 in the aftermath of the Orlando shooting MP Bob Zimmer is taking a lot of heat for his position on this particular firearm. The media's hate-on for the AR-15 and their insistence … END_OF_DOCUMENT_TOKEN_TO_BE_REPLACED

Some days are just fun and today at the Canadian Shooting Sports Association's 2016 AGM in Ottawa is no exception. In addition to a well attended AGM in the morning, the presentation by Faith Goldy and Brian Lilley of TheRebel.media was fantastic.  Having two of the shooting sports best friends presenting a panel on media relations to the CSSA was a real treat, not to … END_OF_DOCUMENT_TOKEN_TO_BE_REPLACED 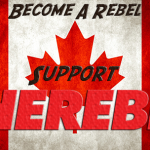 With the fall of Sun News Network Canadian conservatives lost the one friend they had on television. The only Canadian voice of liberty was lost… silenced because we Canadian conservatives failed when it counted most. There is nothing we can do about that failure. Nothing we do today will bring back the Sun News Network. It’s done. It is gone forever. There is, however, … END_OF_DOCUMENT_TOKEN_TO_BE_REPLACED

That’s essentially the question I posed in the February 14 issue of The Canadian Rights and Freedoms Bulletin. Like so many others I was shocked to see nothing but a logo on the Sun News Network website and that all links to content on that site now returned nothing but a “404 not found” error message. Friday, February 13, was indeed a terrible day for Freedom of the … END_OF_DOCUMENT_TOKEN_TO_BE_REPLACED

A mere citizen would be facing a myriad of criminal charges, but that's to be expected in the New Canada, where Justice and Criminality are determined not by your actions, but by your job title. Take the case of Victoria Police Chief Jamie Graham.  Chief Graham left his loaded service pistol under the front seat of his police car. Any mere citizen would be, as I said, … END_OF_DOCUMENT_TOKEN_TO_BE_REPLACED