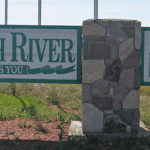 What does a burning Ukraine Police Station and the High River RCMP have in Common? Both police forces have no respect for their citizens or the Rule of Law. In the town of Vradiyevka, Ukraine, roughly 330 kilometers south of Kiev, furious protesters took to the streets after authorities refused to arrest a police officer suspected in the brutal gang-rape of a young woman … END_OF_DOCUMENT_TOKEN_TO_BE_REPLACED 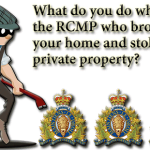 RCMP members and commanders in High River, Alberta, are the worst kind of criminals imaginable.  They lay in wait for you until you are at your most vulnerable before they rape and pillage your belongings and then demand YOU pick up the tab for their thievery and destruction. Sounds harsh, doesn't it. It is. The more articles I read describing what these RCMP … END_OF_DOCUMENT_TOKEN_TO_BE_REPLACED