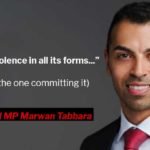 When news broke in June that Liberal MP Marwin Tabbara was arrested and charged with two counts of assault, one count of break and enter and one count of criminal harassment, the Guelph Police Service said their media relations person was unaware Tabbara was a Member of Parliament. "The arrest of Mr. Tabbara was not brought to the attention of the media office." That was on … END_OF_DOCUMENT_TOKEN_TO_BE_REPLACED 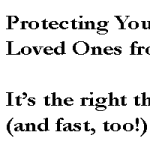 Sometimes the simplest ways to protect yourself and your home are also the easiest to implement.  The best part is these solutions also don't take very long to implement. Take a few minutes to watch this video and do what it suggests.  Your safety and that of your family might just be enhanced because of these simple actions.   … END_OF_DOCUMENT_TOKEN_TO_BE_REPLACED