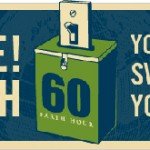 Earth Hour is one of the most amazing events of the year.   Never have I been so impressed with a cause that has, as its reason for being, the saving of Planet Earth, since Global Warming is going to kill us all. Just ask the same scientists who, only one generation ago, were claiming the world was entering a catastrophic ice age.  Thirty years later that same data has them … END_OF_DOCUMENT_TOKEN_TO_BE_REPLACED