Whatever else you can say for Oscar Pistorius, his explanation of how he killed Reeva Steenkamp is bizarre and illogical. No responsible gun owner would shoot through a door at an unknown target.

That, however, is not what Canadian homeowners needs to take away from this tragedy.

Have a look at the living arrangements in the National Post diagram I’ve linked to. You can see he had an open bathroom window. From the size of it, it was big enough for someone to enter.

He also had a sliding glass door which, he said, had earlier been open. This arrangement—two open entry points immediately adjacent to his bed—shows a complete lack of understanding of home security. 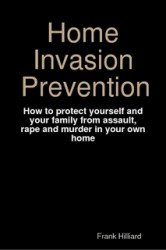 As outlined in my book, Home Invasion Prevention, the basic concept is like a Russian doll. Your house with its locked doors and dead-bolted windows are your first line of defence, and your private area inside the house is your second.

I recommend a steel security gate in the hallway leading to your bedrooms with a push-button lock, the whole arrangement bolted into your house studs.

To make this second area more secure, all the bedroom windows should have deadbolts and be covered with transparent security film. If you don’t have air conditioning and want to open a window, the deadbolt in your window should have a second reception hole in the frame four inches from the first. This way you can get some air movement while still having the window locked. The same reasoning goes for a sliding glass door which should have double deadbolts, top and bottom.

Now you can go to sleep with some degree of security that no home invader or robber can surprise you. He (or more likely ‘they’) can still break in to your house, but now they will face a second barrier that will not give way so readily.

The other purpose for a security gate is to satisfy the Criminal Code of Canada which allows for the use of deadly force when you’re attacked but wants proof that the attack was pursued violently and persistently (Defence of Person). This completely unreasonable requirement can be met if your security gate is breached because doing so will require both violence and persistence.

The key element here is the time it takes to break through the barrier. If it’s properly constructed and installed, it should take longer than 15 seconds to break through. That will give you time to retrieve your firearm from the gun safe its been in, load it and prepare for the assault.

Note how all this careful, planned, response differs from the bad arrangements, and bad decisions of the “Blade Runner“.

Having a weapon isn’t enough; you’ve got to have a plan, have time, and be deadly certain what you’re doing.