Warren Kinsella is a very strange man.  That’s truly the kindest thing I can say about him.

Warren Kinsella believes in Freedom of Speech, but only for himself and a select few others. Kinsella’s preference, being a good Liberal at heart, is to silence anyone who disagrees with his worldview, and he’s not above using the court system to do precisely that. 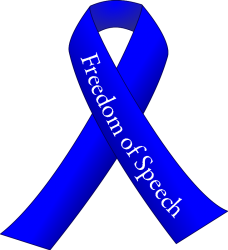 For we mere citizens Freedom of Speech is a right best left to those worthy of it, like Warren Kinsella.

In the latest drivel he passes off as a column, Warren Kinsella attempted to make the case that the National Rifle Association (NRA) is a terrorist organization, primarily because the NRA disagrees with Kinsella’s blinding brilliance.

Kinsella conveniently forgets (willfully ignores?) that in defending the Second Amendment the NRA uses the very same Right that Kinsella uses to attack and defame them: Freedom of Speech.

Let’s call this an “inconvenient truth.”

Another “inconvenient truth” is that firearms in the hands of decent people save thousands of lives every single day.

Daft loons like Kinsella would prefer, no doubt, that Sarah Dawn McKinley be raped and murdered by a home invader than do what she did: shoot the scumbag dead as be broke through her locked front door.

Kinsella and his ilk steadfastly refuse face another “inconvenient truth” that Israel, when faced with terrorists hijacking airplanes, simply trained and armed their flight crews.  The hijacking of Israeli airplanes stopped immediately.

There are bad people in the world.  Nobody denies that.  The problem is that folks like Warren Kinsella and his ivory-tower friends believe rendering good people defenseless is the best way to protect them.

Sadly, reality is far different from the addled dreams of people like Warren Kinsella.

The only thing that stops evil-doers is a gun in the hand of a responsible person.  Why else would we send heavily-armed SWAT teams to Sandy Hook Elementary School, if not to stop an armed madman?

The truth is so incredibly inconvenient sometimes,  isn’t it?