A husband is grieving the senseless loss of his wife this very minute.  Instead of preparing Christmas Eve dinner for his bride, Wauwatosa Police Officer Jennifer Lynn Sebena’s husband must now prepare for a funeral instead.

I can’t even begin to imagine the horror of that.

Officer Sebena was on patrol in the early morning hours of December 24, 2012, when she lost contact with her dispatcher.  They tried reaching her on radio but when those repeated attempts failed, they sent other officers to search for her.

That search revealed the most horrifying result possible, their fellow officer shot multiple times, lying bleeding to death in the parking lot of the Wauwatosa Fire Department. 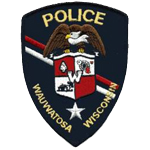 Her murderer is still at large, unfortunately, and at the moment there are no clues to the identity of her killer.

Officer Jennifer Lynn Sebena, just 30 years old and a 2-year veteran of the Wauwatosa Police Department, is survived by her husband.  As I write this article, it was not known if she also left behind any children.

When Wauwatosa Police Lt. Gerald Witkowski spoke at a press conference about the death of Officer Sebena, one incredibly stupid reporter asked why police officers from Brookfield, West Allis, Elm Grove and the Milwaukee County Sheriff’s Department were all on scene helping with the investigation.

Witkowski answered this idiot with the obvious…

“Because we’ve lost an officer.”

Please keep moronic people like this particular reporter far, far away from the poor, grieving family!

On the Officer Down Memorial Page for Officer Sebena, Chief Steven Marshall of the Washington, New Hampshire, Police Department had this to say:

A police officer should be remembered not by how she died, but how she lived! A great woman has gone to secure a safe path for the rest of us to follow. Thank you to you, your family and the Wauwatosa Police Department. Our country is a little less safe without you. Rest in Peace Sister.

Please join me in praying for Jennifer Sebena’s family, fellow police officers and community as they come to terms with her senseless and horrific murder, made all the more horrifying because it happened on Christmas Eve.

Wauwatosa, Wisconsin is a small city of just 44,000 people, so the first death of a police officer in the history of the Wauwatosa Police Department is all the more shocking.

Please also join me in praying that her murderer is brought to justice swiftly and pays for this heinous crime to the highest extent possible.

You can also send your condolences by using this form on the Wauwatosa Police Department website: