You’ve heard the saying many times before…

The solution is worse than the problem it’s supposed to solve. 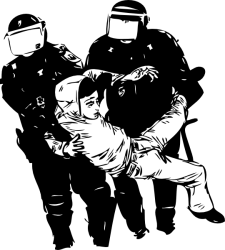 That’s precisely the state of affairs in Paragould, Arkansas, a small town roughly 90 miles northwest of Memphis, Tennessee, today.  Citizens of this small town, population 26,000, stripped of their Constitutional Rights, are now subject to unlawful search and seizure at the whim of police officers, all in the name of “crime prevention”.

Where have we heard this garbage before?

I think Benjamin Franklin said it best when he said:

Those who would give up essential liberty to purchase a little temporary safety deserve neither liberty nor safety.

“They may not be doing anything but walking their dog,” he said. “But they’re going to have to prove it.”

Innocent until proven guilty?  Don’t be so ridiculous.  Guilty until proven otherwise is now the law of the land in Paragould, Arkansas. 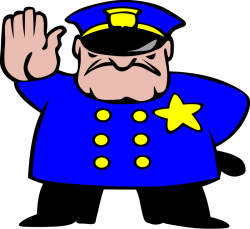 The right of the people of this State to be secure in their persons, houses, papers, and effects, against unreasonable searches and seizures, shall not be violated; and no warrant shall issue, except upon probable cause, supported by oath or affirmation, and particularly describing the place to be searched, and the person or thing to be seized.

This can happen in a state whose Constitution says this when men, drunk with power, decide their whim of the moment is more important than the Constitutional Rights of the citizens they are sworn to protect.  This happens when men violate the very Oath they swore when they became police officers… namely:

…to support and defend the Constitution against all enemies, foreign and domestic, so help me God.

The awesome organization OathKeepers was formed precisely to stop this type of Constitutional violation.  From the Oathkeepers website:

Oath Keepers is a non-partisan association of currently serving military, veterans, peace officers, and firefighters who will fulfill the oath we swore to support and defend the Constitution against all enemies, foreign and domestic, so help us God.

Our oath is to the Constitution, not to the politicians, and we will not obey unconstitutional (and thus illegal) and immoral orders, such as orders to disarm the American people or to place them under martial law and deprive them of their ancient right to jury trial.

We Oath Keepers have drawn a line in the sand. We will not “just follow orders.”

Our motto is “Not on our watch!”

If you, the American people, are forced to once again fight for your liberty in another American Revolution, you will not be alone. We will stand with you.

This entire plan is clearly 100% unconstitutional, but that makes no difference to Paragould Police Chief Todd Stovall.

“To ask you for your ID, I have to have a reason,” he said. “Well, I’ve got statistical reasons that say I’ve got a lot of crime right now, which gives me probable cause to ask what you’re doing out. Then when I add that people are scared…then that gives us even more [reason] to ask why are you here and what are you doing in this area.”

This police state thug even admitted that he didn’t bother to ask for a legal opinion about the constitutionality of his plan.  He doesn’t care.  He cares about one thing only: exercising his power.  Astoundingly, he even admitted that what he planned was Martial Law.

“I don’t know that there’s ever been a difference“, he said, between his proposals and martial law.

I’ve got to give these police state ghouls credit for one thing…  They’re not shy about their intention to violate the Constitutionally-protected Rights of the citizens of Paragould, Arkansas.

SWAT Teams are a means of inflicting fear.  They are a show of State Power.  They are used to instill in citizens the idea that the State can violate your Constitutional Rights with impunity, and without recourse.

Every jurisdiction in the United States has a SWAT Team, and while these teams were created as a response to specific crimes, police forces across the nation have turned this former specialized force into a unit that is used for the most routine of police investigations.

Do you remember the murder of Jose Guerena, the former US Marine who served 2 tours in Iraq?

His killers were the Pima County SWAT Team, allegedly serving a search warrant for drugs, even though there was no basis for that warrant.  There certainly wasn’t any justification for murdering a man in front of his wife and children, but that didn’t stop these thugs from pu mping 60 bullets into Jose’s body and then leaving him for over an hour to bleed to death on the floor of his home.

Not one of Jose Guerena’s killers have ever seen the inside of a courtroom, let alone a prison, and they never will.  They are Agents of the State; agents who are literally above the law.

Am I saying the Paragould SWAT Team will murder people like this?

I’m saying that when we use highly trained police teams designed for high-risk situations for routine and mundane police tasks and then remove all Constitutional Protections from mere citizens, we shouldn’t be surprised when the blood of innocent Americans flows freely in the streets.

Isn’t it ironic that the Paragould SWAT Team will use the AR-15 when it terrorizes innocent Americans on the Streets of Paragould, Arkansas?  Yes, this is the same firearm an insane young man used to murder 20 children in Newtown, Connecticut, and is currently being demonized in the national press.

This video, from Oathkeepers, is required viewing for any current serving member of the military, reserves, National Guard, veterans, Peace Officers, and Fire Fighters in Paragould, Arkansas.  Clearly they have lost their way, and this video will show them the path back to reason and sanity.