As I wrote the other day in “Gun-Free Zones Kill Kids” there is a very simple way to end school shootings once and for all.  We as a people are simply too cowardly to face that reality because it offends our delicate sensibilities.

We think we’re “above” doing what is necessary to protect our children from lunatics who want to kill them.

As the lunatic left continues their disingenuous weeping and wailing over these dead children (and I say disingenuous because their policy of gun-free zones are what actually guarantees these murders will happen again and again) I’ve been pondering how best to end these tragedies.

The solution is, I believe, really quite simple, and requires just three steps. 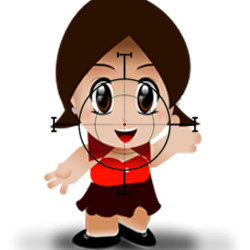 First, end Gun-Free Zones.  As has been proven repeatedly throughout the past 50 years or more, Gun-Free Zones do NOT protect the victims of these heinous crimes.  The only person a Gun-Free Zone protects is the murderer, as he knows with absolute certainty he will face no armed opposition.

So, revoke all legislation that prohibits a person from carrying a firearm in any public place, be it a church, a school, a shopping mall, or any other place where these lunatics prey upon the innocent.

Second, train any teacher who desires it how to use a pistol defensively.

You cannot give someone a pistol and expect them to know how to use it in a crisis, so this training is mandatory for any staff member wishing to carry a firearm inside a school. Teachers are generally anti-gun, which is why I would make this training mandatory.  Parents would NOT be subjected to this requirement, as any parent willing to do what is necessary to protect their child will already have taken this training themselves.

These individuals would also be provided the firearm of their choice and an appropriate holster for it upon successful completion of their training.

I would treat churches and shopping malls slightly differently, only because we already have a large number of people who are trained and willing to carry concealed firearms in those places.  The only thing stopping them is stupid legislation that disarms those citizens most willing and able to defend themselves and their fellow citizens should the need arise.

If an individual church, store or mall wanted to mandate defensive pistol training for employees that would be their prerogative, of course, but for the patrons of those establishments it would not be required.  Those individuals will already have trained themselves appropriately for this responsibility.  And it IS a responsibility.

The only reason I differentiate between a school and other public places is because public funds are used to pay for schools and those who work in them.  Therefore this defensive pistol training would be required by all school staff who desired it.

Third, and this step is simply a quick and easy means to an end, is to hire discharged military veterans to protect our children.

We have thousands of military veterans returning home who need jobs.  As they are already the “shepherds protecting the flock” I imagine they would be happy for the opportunity to continue their mission by protecting our children from madmen with guns.

We’ve already paid for their training so there is no need to do so again.  They have already proven they are capable of surviving combat, so taking down a school shooter shouldn’t be any more difficult than what they’ve already been through.

Their sole responsibility would be to protect the people in their school from violent offenders intent on doing anyone harm.  They are NOT be there to police any other issue.  They are not there to stop drug dealers, bullying or any other crime being committed on school property… as I said, their sole responsibility is to keep our kids safe from lunatics intent on killing them.

We as a people simply need to get over ourselves and our ridiculous belief that we can take guns away from evil people, or that we can somehow prevent them from getting guns in the first place.

History has proven repeatedly that we cannot.

Isn’t it time we took away that protection?

It’s worked for Israeli schools for the past generation… and it will work for us too… but only IF we have the courage to do what is necessary to protect our children from harm.

At the moment… we don’t… and that has to change.

Before the next school massacre.