Before I go any further, I want to express my deepest condolences to the families of every child and adult who was so senselessly murdered yesterday.  My most sincere thoughts and prayers go out to every one of those families.

All day Friday the news poured out of Connecticut about the latest tragic and horrifying shooting of kindergarten students and their teachers at Sandy Hook Elementary School by another deranged lunatic with a gun.

The high death toll is horrifying, but it is far from unexpected.

Every mass shooting has the same common denominator: A GUN-FREE ZONE.

What no news station in North America was willing to tell us, naturally, is that this mass shooting had one thing in common with every other mass shooting: the lunatic with a gun went to a place where he KNEW he would face no resistance.  Lawmakers saw to it that carrying a defensive firearm was illegal at this school, just like they’ve done to every other school in America.

When you guarantee children are unprotected and their teachers are defenseless, when you ensure the killer has a Gun-Free Zone, of course the death toll is going to be high.

There isn’t anyone who can stop the madman with a gun on the scene… not until police can arrive.

By then, as was tragically proven again yesterday, the madman has already done his worst and then taken his own life so he can’t be held accountable for his heinous actions.

That truth is simple, really.  So simple the Israelis have used it since the 1970s to effectively stop terrorist attacks on their schools. 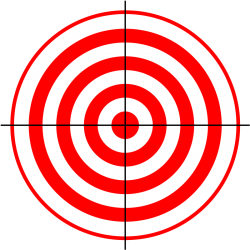 They trained and armed their teachers.

Would-be terrorists only attacked an Israeli school once after that program took effect.  That’s all that was required for the terrorists to realize their former easy targets were easy no more.

Nobody “wants” to arm teachers.  Nobody wants war either, but sometimes it cannot be prevented.

There is a war going on right now, and our children are paying for it with their lives because we are simply too afraid, too cowardly, or maybe just too caught up in “being right” to understand there is a solution to mass shootings.

We’re just not willing to implement that solution.

As long as we insist on burying our collective head in the sand there will be more mass shootings in schools, and more innocent children will die a horrible but totally preventable death.

Gun-Free Zones only protect the killer.

Why is that so hard to comprehend?