In the early morning hours of August 22, 2010, Ian Thomson’s home was attacked by four men screaming that they were going to kill him. They tossed Molotov cocktails at his home and dog kennel and did not back off until Ian Thomson grabbed one of his legally-owned pistols and fired a couple of warning shots over their heads.

Then, like the cowards they are, the would-be murderers ran for their pathetic little lives, presumably to change into some clean underwear.

You’d have to ask the dim light-bulbs at the Crown prosecutors office in St. Catharines, Ontario, who are far more interested in putting the would-be murder victim in prison than his attempted murderers.

It sure doesn’t make any sense to me.

Here are the sentences handed down today for the 4 would-be murderers, who pleaded guilty to arson and disregard for human life:

Of course these men will only spend a fraction of their sentenced time behind bars. 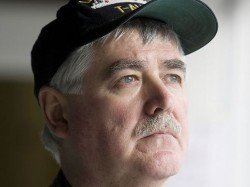 Needless to say, Ian Thomson was not impressed.

“I’m livid,” he said. “These guys have effectively destroyed my life. They should have got life, all of them.”

All four men also received a LIFETIME WEAPONS BAN but as Norm Lapierre of the Canadian Association for Self Defense wrote,

“as if sociopaths who think nothing of ganging up 4 to 1 to burn their intended victim alive in his own house will have any reservations about re-arming themselves illegally at the earliest opportunity.”

All four men must also submit a DNA sample.

All that means is that the police will be able to link these criminals to their next crime scene AFTER THE FACT. And given their past history, there most certainly will be a “next victim”.

While all this goes on, the Crown Persecutor is still doing his level best to send Ian Thomson to prison for unsafe storage of a firearm. This charge was laid, in part, because the Crown Persecutor cannot abide the thought of a mere citizen using a firearm to save his own life, nor can he imagine that we may actually be able to retrieve one from legal storage in time to do so.

The Crown Persecutor is on record saying even “if” the judge decides to acquit Thomson next month, he will appeal that decision.

This is not based on any anticipated miscarriage of justice, merely on the fact he refuses to accept a verdict of “not guilty”.

Under Canada’s Firearms Act, as this case proves so very well, the process is the punishment and the Crown prosecutor will spare no taxpayer dollars ensuring Ian Thomson is punished as much as possible, regardless of the facts or the verdict.

He has, in all meaningful fashion, made himself Ian Thomson’s judge, jury, and executioner.

This is an utter miscarriage of justice, but this is what firearm owners in Canada have come to expect.

While your attempted murderers get a measly 2 years in prison, only a portion of which will actually be served behind bars, the Crown prosecutor wants to send Ian Thomson to prison for the “crime” of defending himself from clear and imminent danger by men intent on murdering him.

That’s not justice. That’s a travesty, a disgrace, a shame on the entire Canadian justice system.

Norman Lapierre will make the trip to Ian Thomson’s court hearing and I hope that anyone within commuting distance will show up as well.

We must all stand behind Ian Thomson, regardless of whether you are a firearms owner or not. This is a direct assault on his human right to defend his life, and ours as well.

The judge is scheduled to render his decision on Ian Thomson’s fate at the Welland Courthouse on January 3rd, 2013 at 2:00pm.

Please attend and show your support, as this case affects YOUR right to defend yourself too.