A 2005 court ruling by the Alberta Court of Appeal makes it clear that bar staff of a privately-owned business cannot be considered “agents of the state” when they detain and search you on private property. 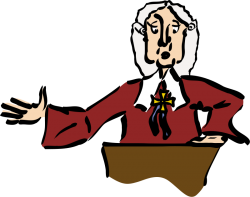 The decision in R. v. Dell (2005 ABCA 246) is an interesting read and makes a clear distinction between private individuals employed by a private company and police or other agents of the state.

Brian Matthew Dell was discovered in the bathroom stall of a Calgary bar with a film canister that contained rock cocaine.  He was found by a bouncer employed by the bar, whose duties included checking the bathroom every 15 minutes to ensure they were clean and there were no unsafe or illegal activities going on.

Mr. Dell’s attorney argued that the search by bar staff and subsequent detention until police arrived to arrest him was a violation of his Charter rights.  He wanted the evidence against him, the canister of cocaine, tossed out because of that alleged Charter violation.

[25] The Charter was instituted, in part, to address situations in which the administration of justice is called into disrepute. For this reason, remedies such as exclusion of evidence were crafted.There is no “administration of justice” involved in the momentary detention of Dell in the washroom. Dell argues that because the consequences of the detention and resulting search are grave(admission of the cocaine evidence), the Charter should apply. But Charter application depends on government action, not the severity of the consequences. Incriminating evidence collected by private persons is routinely admitted at trial without Charter scrutiny. In Shafie, supra,it was argued that although private action may not trigger the application of the Charter, when the state later proposes to use the evidence as part of a prosecution, the earlier Charter breach should engage s. 24(2) of the Charter. The Court rejected this argument, noting at p. 34 that the question whether a person’s Charter rights were infringed must be tested at the time the alleged detention occurred.

[26] In summary, unlike citizen’s arrest, investigative detention cannot be reasonably construed to be a specific government function that has been delegated to private citizens. Therefore, the principles on which Lerke is based, and the government function exception recognized in Buhay,do not apply to extend Charter protection to investigative detention. Moreover, sound policy reasons dictate that no such extension should be made.

[27] Borrowing from the language of Buhay at para. 28, the bouncer’s work may overlap with the government’s interest in preventing and investigating crime. However, it cannot be said that in conducting a brief investigative detention, the bouncer was acting as a delegate of the government,carrying out its policies and programs. Accordingly, the Charter does not apply to the actions of the bouncer in detaining Dell, or the search and seizure flowing from the detention. The cocaine evidence was properly admitted. I would therefore dismiss the appeal of the conviction for possession of cocaine.)

B. The Common Law

[30]R. v. Lerke is reported as (1986) 67 A.R. 390, 24 C.C.C. (3d) 129 (C.A.). That case held thata citizen’s arrest is carried out under authority historically derived from the sovereign as a citizen’s duty to help keep the King’s Peace, and later merely codified in the Petty Trespass Act (or s. 494(1)of the Criminal Code). So such arrest is a state function and subject to the Charter. Does the Lerkecase help one to decide that a temporary detention by a private citizen is subject to the Charter?

[31] I suggest that it does not, because the bouncer’s right here may not exist and is regulated only by private law, and has no trace in public law rights or duties.

[32] No one suggests that the King’s Peace, or common-law obligations to arrest felons, extended to mere temporary detention to investigate. The common-law citizen’s right to arrest certainly did not, because it only extended to actual felonies, not suspected ones, nor even a reasonable appearance of a felony, which in fact had not occurred: Walters v. W.H. Smith & Son (1913) 110L.T. 345.

He went on to write:

[36] Temporary detention by private employees,whether legal or not, is private and depends upon the private rights of the detainee and the business owner. If (as here) there is no question of a public breach of the peace, the topic has nothing to do with the King’s command, the King’s Peace, or any duty owed to the sovereign. That is precisely the distinction made in R. v. Lerke, supra. When a citizen arrests another for a crime, he acts under duty to the sovereign, and the person arrested must be brought to a justice or a constable, so that a court proceeding in the name of the sovereign may be started. Any penalty is exacted by or for the government. Neither the complainant nor the victim nor the citizen arresting is a party to that criminal proceeding: R. v. Lerke, supra, at para. 22. What the bouncer did here in the washroom,and the resulting wait of 2-5 minutes, involved no such duty. Temporary detention does not require court proceedings, nor lead to any right or duty to have a prosecution.

[37] It also follows that debates about whether the bouncer had the right to and did detain the appellant in the washroom for 2-5 minutes, whether he exceeded reasonable protection of property,and whether the appellant consented, all take place in the context of torts law (and maybe the other side of that coin, property law). They have nothing to do with constitutional law.

Given these decisions, it would be wise to remember when you are out in public, that even though you are in a public place, it is owned and run by a private business, and some of your Charter rights do not extend so far as extinguishing their Charter Rights and Freedoms.

I would suggest, if this subject is of interest, that you read the following decisions for a sound grasp of the limits of your Rights and Freedoms in terms of search and seizure by private citizens.