Is anyone really surprised that Barack Obama’s Justice and State Departments are staffed with hypocrites?

Does anyone believe that statement is untrue? 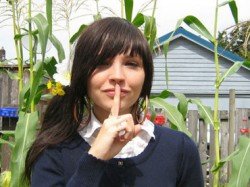 If yes, then you’re either extremely naïve or very ill-informed.  Let me explain…

On August 17, 2012 the US State Department issued the following news release decrying the sentencing of Russian rock band Pussy Riot:

The United States is concerned about both the verdict and the disproportionate sentences handed down by a Moscow court in the case against the members of the band Pussy Riot and the negative impact on freedom of expression in Russia. We urge Russian authorities to review this case and ensure that the right to freedom of expression is upheld.

While it is heart-warming that the US State Department is concerned that a Russian punk rock band has their right to freedom of expression protected, their concern is, to be blunt, sheer hypocrisy.

Because the US State department claims to be “concerned” about the treatment of members of a rock band and their right to freedom of expression while at the very same time the US Department of Justice is tossing American citizens in prison for the crime of, get this, exercising their Right to Remain Silent.

You won’t hear about Leah-Lynn Plante, Matt Duran and Katherine “Kteoo” Olejnik on the mainstream news media.  Theirs is not a story the Obama administration wants discussed in the run-up to what will be a very interesting November election.

If you believe that, then please, take off your blinders.  It happens every day.

Leah-Lynn Plante, Matt Duran  and Katherine “Kteoo” Olejnik are merely the latest victims of this atrocity against the constitutional rights of American citizens.

Writer J.G. Vibes describes exactly how this violation of civil rights is made “legal”:

The most recent to be sent away was Leah-Lynn Plante, this week she repeated the same process that she just watched her roommates go through. After being summoned to speak twice and refusing to speak both times, the prosecutors in the case enacted a legal loophole which waived her 5th amendment right to remain silent. This decision was made for her by the court against her will.

The sneaky legal trick that the prosecutors pulled was granting her immunity, which meant that anything she said to them would not incriminate her. This may sound OK at face value, but when you are granted immunity you lose your right to remain silent and can be thrown into prison for what is called “civil contempt”.

This actually happens a lot; video journalist Josh Wolf, for example, served seven-and-a-half months in 2006 and 2007 for refusing to cooperate with a grand jury and turn over his footage of a protest in San Francisco.

Grand jury trials are very shady ordeals, which have totally different rules than the typical court case. Defense attorneys are not even allowed to be present, and the proceedings of the case are completely secret.

Below I’ve copied Leah-Lynn Plante’s statement and the video of her reading her statement.

Take careful note of what she says, especially the part where she explains that the police knew she and her roommates were nowhere near Seattle on May Day, the date of the crimes they claim to be “investigating“.

It is despicable that, here in America in 2012, citizens of the United States of America are imprisoned for the crime of… well… remaining silent, just as the Constitution says they can.

Listen to her carefully.

Her plight and that Matt Duran and Katherine “Kteoo” Olejnik should horrify us all.

If ever there was a time to remember Pastor Martin Niemöller’s famous poem and take heed of its warning…This is it.

They came for the Communists, and I didn’t object – For I wasn’t a Communist;

They came for the Socialists, and I didn’t object – For I wasn’t a Socialist;

They came for the Jews, and I didn’t object – For I wasn’t a Jew;

Then they came for me – And there was no one left to object.

On the morning of July 25th, 2012, my life was turned upside down in a matter of hours.

FBI agents from around Washington and Oregon and Joint Terrorism Task Force agents from Washington busted down the front door of my house with a battering ram, handcuffed my house mates and me at gunpoint, and held us hostage in our backyard while they read us a search warrant and ransacked our home.

They said it was in connection to May Day vandalism that occurred in Seattle, Washington earlier this year. However, we suspected that this was not really about broken windows.

As if they had taken pointers from Orwell’s 1984, they took books, artwork and other various literature as “evidence” as well as many other personal belongings even though they seemed to know that nobody there (in Leah-Lynn Plante’s home) was even in Seattle on May Day.

While we know that knowledge is powerful, we suspected that nobody used rolled up copies of the Stumptown Wobbly to commit property damage.

We saw this for what it was.

They are trying to investigate anarchists and persecute them for their beliefs. This is a fishing expedition. This is a witch hunt.

Since then, thanks to a Freedom of Information Act request, we have learned that this Grand jury was convened on March 2nd, 2012, two months before the May Day vandalism even took place.

I was served a subpoena to testify before a Grand Jury on August 2nd, a week later.

I hastily packed my life up into boxes, got rid of almost all of my personal belongings in preparation of incarceration. I was dismissed that day after refusing to testify and re-subpoenaed for August 30th, which was pushed back to September 13th. In that time I did a lot of self care, got my affairs in order and got advice from other people who have either resisted Grand Juries, gone to prison or both.

I returned to the Grand Jury on September 13th where I was granted immunity. When you are granted immunity, you lose your right to remain silent and can be thrown into prison for civil contempt. Between consulting with my attorney and an hour long recess, I narrowly avoided a contempt hearing simply because they ran out of time.

I was dismissed and was told I would receive my 4th subpoena.

I walked out of the courthouse just in time to witness Matthew Kyle Duran, my fellow resister, being taken away to prison in a police van. It broke my heart to watch them kidnap an amazing and strong person and take him away from his friends and loved ones.

Katherine “Kteeo” Olejnik has met a similar fate for refusing to testify on September 27th. Right now, Matt and Kteeo are both sitting in prison cells for doing nothing but remaining silent.

I have nothing but love and admiration for them both and I know that thousands of others feel the same.

On the drive home that night my brain felt like it was short circuiting. A few days later, I received notice that my next subpoena was for October 10th. They also notified my lawyer that they were preparing for a contempt hearing.

Court dates aside, my life has been a roller coaster. Thanks to unrelated events, I have suffered with severe depression and PTSD for many years. These are now much worse and new things trigger me. For a while after the raid, I was in a constant state of panic and I could barely eat. Every time someone knocked on the door, every time I heard any sort of loud sound in my house, my heart sank and I thought “they’ve come for me.”

To the day of this writing, I haven’t slept a full night since that cold July morning thanks to nausea inducing anxiety that wakes me up between 4:00 and 7:00 every single morning. After a couple months, the initial panic has faded into grim acceptance.

Despite my mental health issues, I never once considered co-operation and never would. It is against everything I believe in. On my right arm I have a tattoo reading “strive to survive causing least suffering possible.”

This is something I live by every single day and will continue to live by whether I am in a cage or not.

I cannot express in words how grateful I am to all those who have shown us support and solidarity, especially our friends, partners and loved ones. We will all get through this together. I know I am a broken record with the following sentiment, but I feel like it’s worth repeating.

They want us to feel isolated, alone and scared.

I know that even though Kteeo has been held in what is essentially solitary confinement, she does not feel alone.

I know that Matt does not feel alone.

I know that I will not feel alone.

When they try to mercilessly gut communities, we do not scatter, we grow stronger, we thrive.

The State thinks it is a black hole that can destroy whatever it wants. In reality, it is much more like a stellar nursery, wherein it unintentionally creates new, strong anarchist stars.

I do not look forward to what inevitably awaits me today, but I accept it. I ask that people continue to support us throughout this process by writing us letters, sending us books, donating and spreading awareness.

My convictions are unwavering and will not be shaken by their harassment. Today is October 10th, 2012 and I am ready to go to prison.

Love and solidarity to all those who resist,

Leah-Lynn Plante has been released from prison, although why she was released is still in question.

Katherine “Kteeo” Olejnik and Matthew Kyle Duran, however are still incarcerated, and it is essential to call attention to their cases.

You can show your support for KteeO by sending her books from her wishlist or mailing her letters to:

Show your support for Matt b y sending him books from Matt’s book wishlist and by sending him letters of support to: