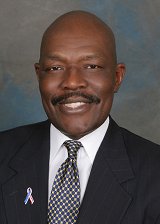 Mychal S. Massie is an excellent commentary writer.  He is also black.  That allows him, unlike me, to write scathingly about the hypocrisy of the Obama clan without being called a racist.  Me, I’m just your average white guy, so anything I say that disparages the “Anointed One” clearly must have racist roots, right?  Yeah, whatever…

In his recent column Mychal Massie outlines precisely why he despises Barack Hussein Obama, and it’s a very long list.  Given that Obama hasn’t actually done anything during his first term (except nationalize the automotive industry and the health insurance industry, devalue the American dollar and apologize to muslim terrorists the world over) it’s surprising that Massie’s list can be as long as it is!

Here is an excerpt from his column.  You can read the entire thing on his website, Mychal-Massie.com.

The other evening on my twitter, a person asked me why I didn’t like the Obama’s? Specifically I was asked: “I have to ask, why do you hate the Obama’s? It seems personal not policy related. You even dissed their Christmas family pic.”

The truth is I do not like the Obamas, what they represent, their ideology, and I certainly do not like his policies and legislation.

I’ve made no secret of my contempt for the Obamas. As I responded to the person who asked me the aforementioned question, I don’t like them because they are committed to the fundamental change of my/our country into what can only be regarded as a Communist state.

I don’t hate them per definition, but I condemn them because they are the worst kind of racialists, they are elitist Leninists with contempt for traditional America. They display disrespect for the sanctity of the office he holds, and for those who are willing to admit same Michelle Obama’s raw contempt for white America is transpicuous.

I don’t like them because they comport themselves as emperor and empress. I expect, no I demand respect for the Office of President and a love of our country and her citizenry from the leader entrusted with the governance of same. President and Mrs. Reagan displayed an unparalleled love for the country and her people. The Reagans made Americans feel good about themselves and about what we could accomplish. Could you envision President Reagan instructing his Justice Department to act like jack-booted thugs?

Presidents are politicians and all politicians are known and pretty much expected to manipulate the truth, if not outright lie, but even using that low standard, the Obama’s have taken lies, dishonesty, deceit, mendacity, subterfuge and obfuscation to new depths. They are verbally abusive to the citizenry and they display an animus for civility.

I do not like them, because they both display bigotry overtly, as in the case of Harvard Professor Louis Gates, when he accused the Cambridge Police of acting stupidly, and her code speak pursuant to now being able too be proud of America. I view that statement and that mindset as an insult to those who died to provide a country where a Kenyan, his illegal alien relatives, and his alleged progeny, could come and not only live freely, but rise to the highest, most powerful, position in the world. Michelle Obama is free to hate and disparage whites, because Americans of every description paid with their blood to ensure her right to do same.

I have a saying, that “the only reason a person hides things, is because they have something to hide.” No president in history has spent over a million dollars to keep his records and his past sealed. And what the two of them have shared has been proved to be lies. He lied about when and how they met, he lied about his mother’s death and problems with insurance, Michelle lied to a crowd pursuant to nearly $500,000 bank stocks they inherited from his family. He has lied about his father’s military service, about the civil rights movement, ad nauseum.

He lied to the world about the Supreme Court in a State of the Union address. He berated and publicly insulted a sitting Congressman. He has surrounded himself with the most rabidly, radical, socialist academicians today. He has fought for abortion procedures and opposed rulings that protected women and children, that even Planned Parenthood did not seek to support. He is openly hostile to business and aggressively hostile to Israel.

You can read the rest of this scathing indictment of Barack Obama at http://mychal-massie.com/premium/why-i-do-not-like-the-obamas/

Mychal S. Massie is the former National Chairman of the conservative black think tank, Project 21-The National Leadership Network of Black Conservatives; and a member of its’ parent think tank, the National Center for Public Policy Research.  In his official capacity with this free market public policy think tank he has spoken at the U.S. Capitol, CPAC, participated in numerous press conferences on Capitol Hill, the National Press Club and has testified concerning property rights pursuant to the “Endangered Species Act” before the Chairman of the House Committee on Resources.

He has been a keynote speaker at colleges and universities nationwide, at Tea Party Rallies, at rallies supporting our troops and conservative presidents; and rally’s supporting conservative causes across the country.  He is an unapologetic supporter of our right to own and carry firearms.

Mychal is also a syndicated op-ed columnist; and former host of the top rated talk show on the Rightalk Radio Network – “Straight Talk with Mychal Massie;” he is a former self employed business owner of 30 plus years.  Mychal is a frequent inspirational / motivational speaker and a regularly featured guest on national and regional TV / talk radio programs.  The online version of his column is carried exclusively by WorldNetDaily.com and enjoys a loyal, supportive, readership around the world.