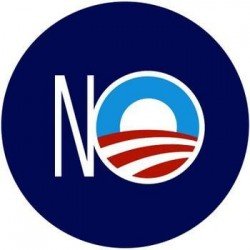 I am sick and tired of politics!

Over the last couple of years, there has been a lot of tension over politics, and that division has intruded into my relationship with family and friends — particularly now with the upcoming election.

In 2008, I voted for Obama. That was my right — I am a good person and I voted for him for good reasons. But that decision has created stress between some of us, and that has been hurtful. Yes, sometimes I have thrown Obama in your face and I am sorry about that — I truly am.

Here is the thing. I don’t think you are stupid because you voted for McCain in ’08, and I’m not stupid because I voted for Barack Obama. We both want our country to go in the right direction, but we just have a difference of opinion as to what that direction is, and I’m entitled to my opinion.

I didn’t vote for Obama because of all the “hope and change” stuff. I voted for him because I could relate to him on so many levels and I trusted him. If this guy were my neighbor, I would give him the key to my house. I admire the fact that from his very difficult childhood and struggles rose a candidate for president of the Untied States — and an African-American with an unusual name!

I could relate to his desire to help people who most need it, to help the poor and elderly, children without medical care, and women in need. It seems like Republicans want to cut the important things people need most, and help the rich get richer. I feel like Republicans think Obama supporters are stupid.

I was excited that Obama was going to end the policies of George Bush. I have to tell you, I really didn’t like George Bush, and though I still feel that way about him, after four years it’s not as clear to me why.

But Obama against McCain, that was easy. Obama is more like me, energetic, young, loves his family.

I got a glimpse of the Obama motorcade on arrival for the debates here in Denver, and that was cool — though it held up a lot of traffic, which was not cool.

I watched this year’s first presidential debate closely and was disappointed in Obama. I found him depressing.

However, the Barack Obama I saw in the second debate the other night is the Obama I voted for in ’08!

He was “hitting on all cylinders” as Dad would say … but he wouldn’t about Obama, would he. 😉

I woke up Wednesday morning feeling invigorated. I had a chance to talk about the debate with friends, and some agreed with me. That was “the real Obama” seemed to be the consensus, but my two best friends didn’t share my enthusiasm.

Later in the day, I ran into some friends who agreed that Obama won the debate — but they had some harsh criticism. One of my colleagues at the University said to me that she felt betrayed, like she had been tricked into voting for Obama the first time. A guy friend was much more callous, saying that he was now convinced that Obama was a phony and a liar.

These two people were Obama’s biggest fans in ’08. Did they watch the same debate I watched Tuesday?

Last night I had the uneasy feeling that something wasn’t right, something was out of place. After all the good vibes with the debate, I now find myself wondering if Obama was sincere, or if what I heard was just talk aimed at “emotional women,” like I’m not smart enough to vote on what I think rather than how I feel. 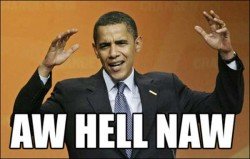 And the more I think about all his comments Tuesday night, against the backdrop of the reality that things have gotten much worse in the last four years, not better as he seemed to claim, I’m not sure I trust Obama anymore. I’m more concerned now than I was in ’08.

I think that Obama is still a good person and he wanted to do good things, but I’m bothered by the fact that he didn’t take responsibility for where our economy is now. That troubles me the most. It seems like he hasn’t grown into the job and hasn’t done much of anything he said he would do, and he’s still blaming George Bush. Meanwhile, the number of unemployed citizens and poor families has grown a lot.

So why am I writing you? 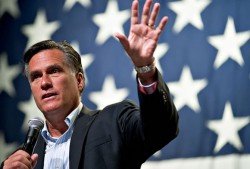 I know Mitt Romney is a genuine person who really does love his family, who really does care about people from all walks of life. Part of me doesn’t like the fact that part of me likes Romney! I am conflicted. I’m not writing to say that I am voting for Romney, but I have decided not to vote for Obama.

Don’t tell Dad or I’ll never hear the end of it!