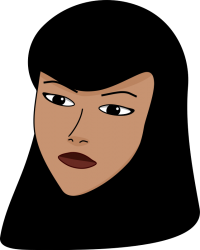 If ever the world needed any more evidence of the evil of islam and it’s pedophile prophet Muhammad, surely Malala Yousufzai is it.