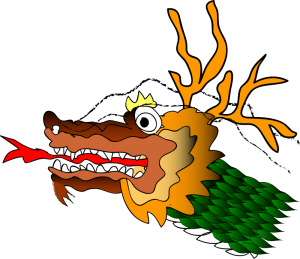 Gatineau, Quebec store owner Zhen Yang and his wife did what they had to do when two masked thugs tried to rob them:  They fought back.

But it’s how they fought that I found so inspiring.  After pepper-spraying one of the thieves in the face with bear spray, Yang heaved the young thug onto the counter and then spanked him twice before his wife kicked the jerk in the head a few times for good measure.

Naturally, police say you should not take matters into your own hands and “call the professionals”… but sometimes that’s just not practical. While police serve a valuable function, they can only investigate after the fact, and can’t return what was stolen from you.

That said, I’m not saying you should ALWAYS fight back like this brave couple did, but there are times where you just gotta do what you just gotta do, and for that I commend Zhen Yang and his wife for their brave actions.

And is it really any surprise that CBC would call these two upstanding citizens “vigilantes” in the link to their article?

No, I guess not… the Nanny State Broadcasting Corporation doesn’t believe law-abiding citizens should actually stand up for themselves. How predictably pathetic of them.

What’s worse is the Gatineau Police response to Yang’s actions.

…charges will not be laid against the clerk because the accused men did not complain.

What???  Have they lost their freaking minds?   Who gives a crap if the thieves complained?  Certainly not me.

Yang and his wife were the victims here.  Why is that so hard for the Gatineau Police (and the CBC) to comprehend?

Anyway, I literally laughed out loud as I watched this little puke get exactly what he deserved!  Here then, for your viewing pleasure is How to Deal With Thugs, by Zhen Yang.