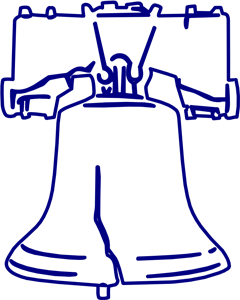 John Adams, back in 1765, wrote what came to be called his Dissertation on Canon and Feudal Law. In that document are the following words:

“Liberty cannot be preserved without a general knowledge among the people, who have a right, from the frame of their nature, to knowledge, as their great Creator, who does nothing in vain, has given them understandings, and a desire to know; but besides this, they have a right, an indisputable, unalienable, indefeasible, divine right to that most dreaded and envied kind of knowledge; I mean, of the characters and conduct of their rulers.”

While he certainly meant we were to know as much as possible about both the character and conduct of our “rulers”, or politicians in today’s parlance, I believe John Adams meant something far greater than this.

I believe he meant that each and every one of us bears the responsibility to be knowledgeable about both the people who want our votes, the nature and history of our Rights and the issues before us as a society.

We have collectively failed to properly bear that responsibility.

Today this failure manifests itself in a number of ways.

First, by politicians who will literally say anything in order to gain their seat at the government trough. Once seated, these politicians will do anything to stay there.

Next, it is manifested by special interest groups who demand government do more and more for us, despite the fact that government has no place doing any of those things.

Lastly, it is manifested by a populace who no longer comprehends that neither politicians nor government can give us anything it has not first taken from someone else by force or the threat of force: taxation.

Government is, of course, only too happy to indulge us with these entitlements, along with office towers bloated with bureaucratic paper-pushers to keep track of who received them.

It’s an endless cycle that seems unstoppable in the face of a populace who, for the most part, has long ago stopped caring about character traits such as integrity, honesty and decency.

I say “for the most part” because more and more Canadians and Americans are waking up to the statist nightmare that threatens to envelop us.

More and more Canadians and Americans are willing to educate themselves about both the character and conduct of their rulers, as John Adams said, and the issues that face us today.

This is as important as it is critical.

We must heed Adams’ admonishment and continue to educate both ourselves and our neighbours about what is truly important: our inalienable Rights and Freedoms.