This is a chilling conversation between Dinesh D’Souza, the maker of “2016: Obama’s America” and Glenn Beck. (Link to watch full movie below)

America is in serious trouble Ladies and Gentlemen……. and if there were any arguments against an American coup d’état or the removal of Barack Obama and Hillary Clinton….. those arguments are fading away at light speed.

Every day, in virtually every way and at every turn, America and all Americans are being sold into the oblivion of the third world by the occupants of the White House: a madman and his muslim enablers.

The United States of America is on her knees and her death throes are inches away. This must be stopped.

The reality is twofold.

One: Barack Obama and his muslim/leftist administration manage to gain re-election. The plan, Obama’s vision of America, as hinted at during Obama’s meeting with Medvedev, will come to fruition in conjunction with the completion of the outstanding portion of Obama’s deconstruction of the United States of America.

In the event of this reality the only solution will be a coup d’état executed by senior members of the American military. A coup d’état during which the entire Obama administration is arrested and imprisoned, with trials following on charges of high treason and sedition. Failing this, America’s children for countless generations become the fodder of a muslim caliphate and or third world dictators. (excuse the redundancy)

Two: The Obama administration is defeated in November. Subsequent to the defeat of the Obama administration the government, the bureaucracy, the judiciary and every level of the military and law enforcement (state, national, municipal) is purged of every single element of muslim association. A renewed process of education of the same bodies takes place with respect to the dangers of association, cooperation with or close proximity to, islamism/muslims.

Internationally, the United States of America takes, once again, its natural place on the international stage with a renewed focus on crushing and eradicating all forms of islamism and the influence of the same on a global scale.

This is a crossroads, the wrong decision or direction from which will result in agony and misery.

The choice is yours. 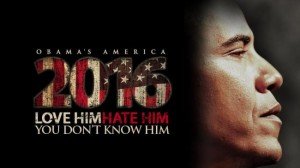 Please go see the movie “2016: Obama’s America” and in November…….. do not seek counsel from the heaven’s, instead, look in the mirror and then get out and vote.

The choice is yours.