He has no real identity. He is half-white, which he rejects. The rest of him is mostly Arab, which 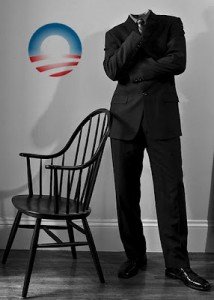 he hides but is disclosed by his non-African Arabic surname and his Arabic first and middle names as a way to triply proclaim his Arabic parentage to people in Kenya . Only a small part of him is African Black from his Luo grandmother, which he pretends he is exclusively.

What he isn’t, not a genetic drop of, is ‘African-American,’ the descendant of enslaved Africans brought to America chained in slave ships. He hasn’t a single ancestor who was a slave. Instead, his Arab ancestors were slave owners. Slave-trading was the main Arab business in East Africa for centuries until the British ended it.

It’s something Hillary doesn’t understand – how some complete neophyte came out of the blue and stole the Dem nomination from her. Obamamania is beyond politics and reason. It is a true religious cult, whose adherents reject Christianity yet still believe in Original Sin, transferring it from the evil of being human to the evil of being white. 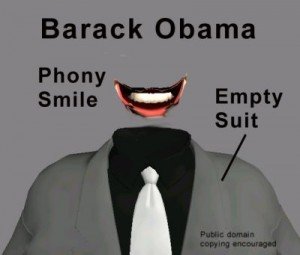 Thus Obama has become the white liberals’ Christ, offering absolution from the Sin of Being White. There is no reason or logic behind it, no faults or flaws of his can diminish it, no arguments Hillary could make of any kind can be effective against it. The absurdity of Hypocrisy Clothed In Human Flesh being their Savior is all the more cause for liberals to worship him: Credo quia absurdum, I believe it because it is absurd.

Thank heavens that the voting majority of Americans remain Christian and are in no desperate need of a phony savior.

His candidacy is ridiculous and should not be taken seriously by any thinking American.