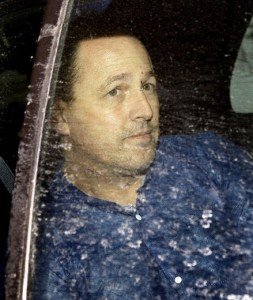 Former RCMP Constable Kevin Gregson is not a nice man, and now that he’s been convicted of murdering Ottawa police Constable Eric Czapnik I no longer have to put the word [alleged] in front of the terms murderer, sexual predator or child rapist.

Justice Parfett wasted no time in pronouncing the pedophile and former RCMP constable guilty, saying that even if there hadn’t been DNA evidence she would have still convicted him on the strength of all the other evidence.

It was Gregson’s being confronted by his wife about those rapes that led directly to his murdering Ottawa Police Constable Eric Czapnik.

Gregson was convicted of Czapnik’s December 29, 2009 murder and is currently serving a 25-year sentence for that crime.

All of that pathetic behaviour is to be expected.  Depraved individuals like Kevin Gregson generally refuse to take responsibility for their heinous actions.  It’s just who they are.

No, what’s truly astounding about this case is the response of the young girl that Kevin Gregson repeatedly raped when she was just 10 years old.

Moments after he was convicted by Justice Parfett and sentenced to 10 years in prison for his crime, the now-13-year-old girl offered the convicted pedophile forgiveness.

She had only one requirement: that he apologize.

She prepared a statement that she tried reading to him but she broke down in tears just two lines in.  Who can blame her?  It was incredibly courageous of her to even try speaking to her sexual violator at all.

“Saying sorry is always hard. But forgiving is harder. Jesus had people who betrayed him, tortured him, defied him, hurt him and, in the end, killed him. But he always forgave them. Each and every one of them,” the girl wrote. “We should all take a lesson from Jesus and forgive. And most of us will probably never forgive Kevin. But in the end, I am going to take an example from Jesus and forgive Kevin for what he has done to me.”

True to form, the convicted murderer and pedophile had only one response to her plea:

“I didn’t kill Eric Czapnik. I didn’t murder him. I dreamed when I was 20 that this is going to happen to me.”

He’ll have a long time in prison to think about what he did and to ponder the amazing gift from the victim of his heinous sexual crimes: forgiveness.

I do pray that Gregson is not afforded any special treatment while he is incarcerated, specifically protective custody.  He doesn’t deserve it.