Cowardice from Barack Obama’s White House is nothing out of the ordinary.  In fact the world has come to expect it.  The only people still surprised by the depth of his ongoing cowardice are those who believe they’ve seen the worst of it.

His apology to the murderers of Ambassador Chris Stevens and three other American citizens shows the world just how weak, how useless and how utterly pathetic he truly is.

By blaming some YouTube video and not his own failed policies, Obama is merely doing what he’s done ever since he took office: blame someone else for his ineptness.

Only this time he’s blaming some obscure filmmaker for his own uselessness. 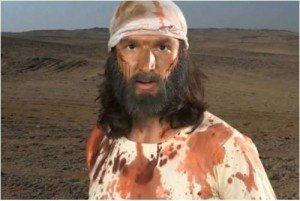 Even the lame-stream media reported “Innocence of Muslims” as an “obscure YouTube video“, yet suddenly it is somehow to blame for all the world’s evil?

I think not.  There are plenty followers of Muhammad who are willing to rape, murder and torment anyone who dares stand up to them and call them what they are: murderous thugs.

Freedom of Speech used to mean something, but when even Google and YouTube cower before islam one has to wonder if there are any principles left worth standing up for.

Instead of letting the video stand, muslim arrogance and terror be damned,  Google and YouTube turned off access to the video for selected muslim nations around the world. That is shameful.  These mega-corporations didn’t bow down to or cave to communist China, yet they do for murderous muslims who can’t take a joke.

Can you imagine if Christians stormed embassies and murdered diplomats every time some moron insulted them?  There wouldn’t be an embassy standing anywhere on Earth!

Fortunately for the planet, Christians seem to be far more civilized than the followers of the pathetic “religion of peace“.  Those barbarians rape and murder innocent people any time anyone says “boo!” to Muhammed.

I figured that if it’s good enough for the Obama White House to blame for the riots and murders of American citizens, I figured I’d do my part and make the video here.

Freedom of Speech can’t be left to the whims of cowards or murderous thugs.  If we cave in every time someone threatens us, pretty soon we’ll be doing nothing but cowering before the raging and murderous thugs of radical islam.

Here then for your viewing pleasure is “Innocence of Muslims”… if you can bear to watch it.  It’s not exactly a cinematic masterpiece, but I commend the filmmaker for making it nonetheless.  He had something to say and he said it, and it’s a good thing too.  It gave the Coward in Chief in the White House someone to blame for all his failings.