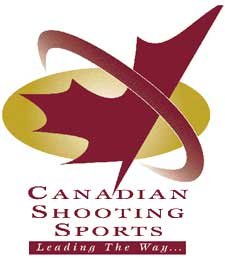 It’s about time… too.  This is one of the holdovers from the Liberals’ failed Firearms Act.  They had hoped to effectively ban Canadian gun shows by regulating them out of existence.

Since Canadian gun shows are clearly not a menace to public safety it only makes sense to get rid of these useless regulations once and for all.  Why it took this long is anyone’s guess, the impatient among we Canadian Gun Owners might ask, but at least it’s finally happening.

The words “we had to wait until we had a majority government” may be very true, but many Canadian gun owners grew tired of hearing that, unfortunately.

My understanding is that the Canadian Shooting Sports Association was instrumental in getting Public Safety Minister Vic Toews to take action on this long-outstanding issue.

Here is the official press release from the Minister of Public Safety’s website:

“Repealing the unnecessary Gun Shows Regulations shows our Government is focusing on protecting families and communities and not pushing administrative burdens on law-abiding gun owners,” said Minister Toews. “We will continue to tackle crime by getting guns out of the hands of criminals and off our streets.”

“Allowing redundant regulations to come into force would only introduce an unnecessary burden on law-abiding citizens,” said Candice Hoeppner, Parliamentary Secretary to the Minister of Public Safety. “We have successfully introduced legislation that fights gang crime, drug crime, violent and repeat offenders. These are the reforms that Canadians need and deserve most, in order to tackle real crime and real criminals.”

After they were introduced, the Gun Shows Regulations were deferred from coming into force to allow for further study and stakeholder consultation. The deferral gave officials the opportunity to explore if there was a need for the Regulations and to identify any overlap with already existing regulations

“The sport shooting community is very pleased by the Harper government’s repeal of the unnecessary regulations on Canadian gun shows,” says Tony Bernardo, executive director of the Canadian Institute for Legislative Action and spokesman for the Canadian Shooting Sports Association. “These rules were never imposed because they were never needed. We were treated like criminals. Kudos to the Harper Government for standing up for the rights of all law-abiding Canadians.”

“Many people forget that sport shooting has been with us since the inception of the modern Olympics,” says Olympic gold medalist Linda Thom. “Firearms shows are a lifeline for our sport. We are very pleased this government appreciates that gun shows are safe and wholesome sporting venues.”

“Like the long gun registry, the gun show regulations introduced in 1998 were an unwarranted intrusion which, if enacted, would have done nothing to enhance public safety. We are pleased that once again the Harper government has demonstrated common sense in its approach to legal firearms by repealing regulations that would have posed an unnecessary burden on lawful activities, and choosing instead to continue focussing on the real sources of crime,” noted Greg Farrant, Manager, Government Affairs & Policy, Ontario Federation of Anglers and Hunters.

The Gun Shows Regulations were supposed to come into force on November 30, 2012. With the repeal of these Regulations, gun shows and the security of firearms displayed at gun shows will continue to be regulated by the existing general storage and display regulations for businesses and individuals under the Firearms Act. Firearms regulations related to transfers, possession and transportation of firearms still apply.