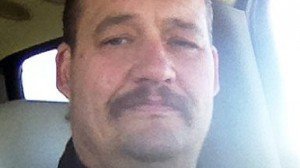 There are times when you simply act on instinct because there isn’t time to think it all the way through.  That’s exactly the position Darrell Krushelnicki found himself in this past week when he saw a car speeding down the road toward four kids crossing the street.

He and a number of other vehicles were already stopped at the crosswalk to allow the kids to cross the street.

“I could just tell it was a bad scenario that was going to take place,” said Krushelnicki, who works in the oilpatch in northern BC “The driver did not see the crosswalk, the amber light flashing, nor the posted speed limit and he appeared to be on a hand-held device of some sort
talking.”

Without a moment’s hesitation Darrel drove his Hummer into the intersection, placing himself in the path of the speeding vehicle and in front of the kids in the crosswalk.  He probably saved their lives.

“I’m just glad the kids are okay and the only thing that needs repairs is some twisted metal,” he modestly told reporters.

John Troy Heitzman, 23, was driving the speeding vehicle and has since been charged with dangerous driving.  He was [allegedly] focused on his cell phone and not the road when he slammed into Krushelnicki’s vehicle.

Krushelnicki is a little surprised by all the attention his act of heroism is receiving.  He doesn’t see it as a big deal at all, as he was just doing the right thing.

Bizarrely the police are not that enthusiastic about Krushelnicki’s self-less act and while they haven’t panned it completely, they’ve made it pretty clear they think he shouldn’t have done it, which makes no sense at all.

“Obviously, it’s not something we want to see people do, but certainly his spontaneous actions may have saved the lives of four children. It’s a miracle he wasn’t hurt himself,” said Edmonton Police Services spokesperson Scott Pattison.

What???  Would they rather he sat and watched Heitzman mow down all those kids???

At least the kids whose lives were saved thought it was the right thing to do!

Janice Marett, one of the kids who says that Darrell Krushelnicki saved her life, made it very clear she owed her life to him.

“If it wasn’t for that guy, I’m pretty sure that I would be dead,” said Janice Marett.

In a statement that shows his insurance company understands what he did and why, Intact Insurance will not be holding Darrell Krushelnicki at fault for the accident.

“We appreciate that thanks to Darrell’s quick response, four children were unharmed last week while crossing a pedestrian crosswalk. Because of these actions, Darrell will not be charged with an at-fault accident and we will also waive his deductible.”

One commenter on the CBC news report says Darrell Krushelnicki should be awarded the Order of Canada for his selflessness and heroism.

So here’s a guy for the Order of Canada; he really did something and it is likely that 4 children are alive because of it. Better than most I see on that list.