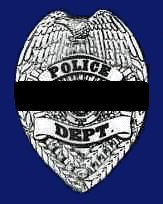 Patrick Sirois, a Nolanville, Texas reserve officer and full-time Fort Hood civilian police officer, was headed to Wagoner, Oklahoma to be with his family for Thanksgiving when tragedy struck.

Lt. George Brown said, “He (Sirois) was in his own private car,” Brown said. “And he was just stopping to do the right thing. The last thing he did was push someone out of the way.”

Sirios had stopped to help out a stranded motorist when a vehicle driven by a 17-year-old slammed into him.  He had time to push James Snowden Jr. out of the way, but couldn’t save himself.

It was the sort of selfless act his fellow officers had come to expect from him.  That he dies this way doesn’t surprise them.

Nolanville Police Chief Lester Holsey Jr. said Sirois was “always one to help in any situation.”

“Our prayers and thoughts go out to his family and many friends. This department lost not only a very good officer but a friend who was willing to help anyone, anytime,” Holsey said.

It’s police officers like this that give the rest of them a good name.  It’s a shame he had to die such a senseless death on Thanksgiving, of all times.

There are good cops out there.  Lots of them.  They deserve our respect and admiration as they do very difficult jobs.  For some, like Sirois, it’s obviously not just a job, and he acted in a heroic manner right up until the moment he died.  The world (and its police forces) could use a lot more men like Patrick Sirois, that’s for sure.

Like Chief Hosley, my prayers go out to this this fallen officer’s family as they deal with their grief and loss at a time when they should be celebrating Thanksgiving with him instead.