The Canadian Shooting Sports Association (CSSA) is not impressed with the RCMP’s refusal to obey the law and delete long gun records from Canada’s useless gun registry.

With the passage of Bill C-19 and its Royal Assent on April 5, 2012 all of this data was to be destroyed, but the RCMP has yet to destroy a single record according to sources close to the RCMP.

In the meantime the province of Quebec, the City of Toronto, the Barbra Schlifer Commemorative Clinic and the Region of Waterloo have all attempted to get the courts to overturn the will of Parliament and thereby, the will of Canadians.

The drive-by media is forever willing to believe anything the RCMP says, even if it’s not true, as is the case for the destruction of long gun registry records.

The CSSA is advocating that all owners of registered non-restricted firearms take part in the Great Canadian Registry Shuffle. The CSSA says anti-gun advocates are spitting in the face of Canada’s legal system by deliberately ignoring the will of Parliament in an attempt to preserve registry data for future use.

The RCMP Commissioner himself had to order every provincial Chief Firearms Officer to obey the law and stop recording long gun transfers.  As I wrote back on May 13, 2012,in my article “Police State: When the Police choose which laws they will obey”

Public Safety Minister Vic Toews made it very clear that the law no longer requires the registration of non-restricted firearms, and that forcing gun owners to provide this information is illegal. 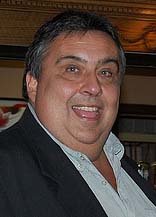 Tony Bernardo, CSSA spokesman and executive director of the Canadian Institute for Legislative Action (CILA), had this to say:

The Schlifer Clinic is funded by four Ontario government ministries, so […]  governments and advocacy groups have forced our hand by suggesting the registry data is somehow useful. If they refuse to acknowledge the will of the people, we’ll do it for them.

Canada’s previously registered firearms are now changing location, so the registry is even more useless, if that’s possible. The registry was never a public safety tool, and we’re removing once and for all the myth that the data was valuable.

More than half of the firearms in Canada have never been registered and even anti-gun advocates admit that criminals won’t register their guns. As long as these nuisance court injunctions keep the registry data intact, they are maintaining a shopping list for computer hacking criminals to locate our firearms. That places gun owners in danger, so we are compelled to demonstrate that the registry is inaccurate by making it even less accurate.

Pro-registry advocates need to see that there’s no useable data to protect. We are simply showing them the folly of their own political posturing. The registry is dead.

The number of guns shuffled to date is displayed on the news ticker on the CSSA’s home page (http://www.cdnshootingsports.org/) and is updated every Thursday.

Currently it states that over 6,600 long guns and shotguns have already changed hands, a pretty amazing feat given the CSSA only announced their plan 2 days ago.

Tony Bernardo went on to say,

This shuffle forces the obstinate anti-gun crowd to admit that the registry is not worth fighting for. It truly never was. The data is corrupt and outdated, and it never saved a single life.

It was never designed to make us safe. We have challenged anti-gun advocates to reveal how the registry can help anyone, and they have never delivered – not once. How could they? The registry doesn’t do anything.

The Great Canadian Gun Registry Shuffle makes the data transparently irrelevant. Perhaps now we can all get on with focusing on bona fide ways to increase public safety and protect Canadians against violence. We will do all we can to help.

If you’re considering joining in the party, i.e. swapping, trading, lending, selling, buying or borrowing firearms and want to keep the CSSA updated about how many firearms you’ve had change hands today, here’s a handy form that makes submitting this information to the CSSA very simple: