This, Ladies and Gentlemen, is what can be loosely referred to as the run up to a civil war in defiance of a tyrant.

Across America we are finding the US federal government meddling in the affairs of private citizens, municipalities and states.

From SB1070 in Arizona, to the judicial activism in Oklahoma, to the US Justice Dept trampling the will of citizens who seek to expel islamists from their midst, to the amnesty of over 800,000 criminals, to the criminal contempt of the US Attorney General and the US President in refusing to release damning documentation in the Fast and Furious mess….the oppression of, and assaults on, American citizens are growing exponentially. 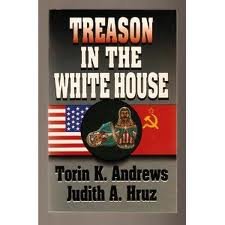 The backlash against this sort of tyranny, if any, is what’s known as a civil war….the rage felt within the American military and certain branches of law enforcement, as it manifests itself…is called a coup d’état.

I wonder for how much longer the American people will tolerate the treasonous and treacherous in Washington ramming the cancer of islam and totalitarian Leftism down their throats???

One can no more blame muslims for doing what they are doing than one can blame a pig for rolling in mud nor a dog for barking at the moon….it’s in their nature..

I have long argued for the removal of every last vestige of islam, including muslims, from North America and that position, until recently has been met with arguments of a policy like that being unwarranted and extreme….now, in the face of unceasing muslim aggression and assaults on America, coupled with the complicity of the White House, the arguments are fading away.

Just recently we were witness to events in Dearborn, Michigan where peaceful Christians were brutally assaulted, injured and stoned by mobs of screaming muslims who threatened to kill them. In fact one muslim almost did, he attempted to kill, with his SUV, 9 non-muslim pedestrians outside the Dearborn mosque.

Muslims and islam must be removed from North America….in their and its, entirely.

Then attention must be turned to the unconscionably corrupt and criminal in Washington and in the halls of bureaucracy across America….in other words….cure the cancer…..then, with an unmistakable sense of permanence and finality….cure the cause.

Blogs and chat-rooms across the internet are seething with anger at a president , Obama, who has lied repeatedly to the American people. A president who has conducted a criminal campaign of propaganda and misinformation for the sole purpose of furthering the goals of the Muslim Brotherhood, A president who has lined the White House with members of the Muslim Brotherhood for the sole purpose of moving toward the installation of a Caliphate. A president who has placed the lives and welfare of every member of the American law enforcement and military infrastructure in grave danger by sanitizing all manuals and literature of any references to muslims, islam and terrorism.

A president who seeks to cement alliances with not only the Muslim Brotherhood but the with OIC (Organization of Islamic Conference, representing the 57 Islamic countries) and the United Nations as the same seeks binding legislation and treaties that will destroy America. A president who is quietly implementing domestic policies and creating domestic agencies for the sole purpose of the enslavement and destruction of the American people. A president and head of the Department of Homeland Security who classify returning American soldiers and veterans as “terrorists” while ignoring the legions of islamists who work feverishly on the destruction of America….the sheer lunacy boggles the mind and knows no bounds.

But do not listen to me…..dismiss me as a crackpot if you will…..a lunatic who spews rhetoric whilst doing the backstroke in a glass of French brandy…….and if you do….then listen to the words (video below) of a retired senior American general, (Ret, USA)  Lt General Boykin, as he tells you what Americans are facing……and in his words you can hear the echoes of the blackest tyranny and of future American gulags…….this is no game Ladies and Gentlemen, this is no reality show.

Look around you……..now we are playing for all the marbles…….if we choose not to act, we are now laying the foundation for the murder and misery of many generations to come. The time has come to take back America…..the time has come to wrest the White House from the hands of a treasonous president.

No doubt you seek answers……..

Go to the mirror and there you will find the solution to America’s grief……….

Go to the military graveyards across America and listen to the voices of those who gave you your freedom; listen to their words……

Visit the old war memorials and battlefields and hear the anguished cries of those who poured sweat and spilled blood in the forging of a great nation…..

Read your history books, read the Declaration of Independence and the Constitution and hear the voices of those who bled rivers and sacrificed all they had to set you free…….. Listen… truly listen to the words of the national anthem and be moved……..then, in the quiet of the evening…….

Look into the faces of your loved ones and find the unspoken expectation of your strength and courage in not only their defence but in defence of the greatest republic in the history of Mankind…….and then look towards the heavens and feel the warmth of His smile as he steels your spine, strengthens your stride and thickens the blood that courses through your veins…….

Stand on the great plains of this nation, in sight of the majestic Rocky Mountains, stand as the morning sun comes up and watch as the Stars and Stripes snaps and flutters in the early morning breeze……..and in that……in all of that…….you will have your answer to the strangled cries of that which birthed and nourished you, the cries of your nation, on her knees, with the knives of the treasonous and treacherous at her throat……..wrap your arms around her, protect her………..she needs you now more than ever.

As God is my witness, should we not act, not only will our children never forgive us, neither will God.

“Obama and his Civilian Security Force”

(NOTE TO THE READER, WE ARE LIVING IN DIFFICULT TIMES AND THERE APPEARS TO BE MUCH WORSE ON THE HORIZON, POUR YOURSELF A COFFEE AND PUT YOUR FEET UP AND INVEST 30 MINUTES IN YOUR FUTURE AND THE FUTURE OF YOUR FAMILY……..PLEASE TAKE THE TIME AND WATCH THE VIDEOS IN THE LINKS ABOVE AND READ THE ARTICLES………AMERICA IS IN TROUBLE AND TREASON REIGNS SUPREME IN THE WHITE HOUSE.)

BELOW IS A COMMENT ON A BLOG I MADE A YEAR OR SO AGO….FIND WITHIN IT GREATER RELEVANCE TO THE WORLD WE LIVE IN NOW THAN THEN….

“About 5 or 6 years ago I was up in a logging camp in northern British Columbia, Canada. I was standing around having a smoke and a coffee with a group of truckers and loggers. The conversation was remarkably intellectual and even toned.

One of the guys remarked after several exchanges about immigration, muslims, and racial tensions, he said: In less than ten years we will see bloodshed in North America over racial, religious and immigration issues, we will see open confrontation, running gun battles, bombings, the creation of enclaves, no-go zones and general chaos and anarchy, he then went to a trailer and flipped open the lid of a box…..I was surprised and laughed it off……..

We have entered a serious time in North America, a turning point if you will. Europe and Britain are powder kegs just waiting for a spark.

North America is right behind…groups like the muslims, the radical blacks, the La Raza’s, the anarchists and the Leftists have all become loosely aligned. Our border’s are under daily assault. Drug cartels control the borders with islamists coming into America through the Mexican border. Our law enforcement agencies have become impotent and treasonous.

This has gone beyond the wildest dreams of the Conspiracy Theorists, the “Day Afters”, the Survivalists and those who sit in dark little closets with their tin foil hats pulled down tight….this ladies and gentlemen, as they say in Hollywood is…..SHOW TIME!!!!!!!

Our cities have now begun to outline “no-go” zones. Cities like Los Angeles, Dearborn,  New York, Chicago, Miami will all become virtual “no man’s land” within 2 to 3 years.

There is a storm on the horizon and everyone knows it. Rural America knows it, city folk know it. Farmers, ranchers and hard working plain folk know it. Precious metal is being put away, medical needs put away, larders are being topped up, the powder is dry and families are pulling together. When it hits the fan…and it really will hit the fan….decent God-fearing Americans will have their shit deflectors on maximum…..mark my words.

The Obama government has, through, grossly intentional mismanagement, bankrupted the United States. Islamists within America work feverishly, killing the republic with what amounts to, through constant attacks at every level including a vigorous program of “Lawfare”, a death of a thousand cuts. Globally, America is quietly and politely being handed her hat. Nations like Russia, China and India now smirk and giggle whenever the USA rattles its sword. The financial meltdown is around the corner. When it comes, when there is no more welfare, pensions or government largess to be had….the cities will implode.

Universities, colleges, the judiciary, law enforcement and the mainstream media have all taken a position of support for muslims and the inversion of the republic of the United States of America into a boot-licking caliphate. Their actions, openly and without regret, are the very definition of treason and, remarkably, go unpunished.

The leadership of the United States of America, from the president on down, is a collection of seditious and treasonous weaklings who take every opportunity to subvert and or destroy the greatest nation in the history of the world.

I am firmly of the opinion that there are a select group of senior American military staff officers, commanding groups like the SEALS, The Delta Force and the Green Berets, who have engaged in quiet discussions, planning the removal of Obama from the White House.

After pulling a laundry list of stunts like sending troops out into battle with unloaded weapons and the firing of one of the very best combat generals, General Stanley McChrystal, I can safely say there are tens of thousands of American soldiers who are loyal to their commanders and not a treasonous president. It’s called a coup d’état and there are many who wager Obama richly deserves nothing less.

If this is the case….the purging of the American Congress and Senate of all the Leftists and traitors will make Stalin and Hitler’s “La nuit des longs couteaux” seem like a picnic. Universities and the media will follow….mark my words….Santa isn’t the only one who’s making a list and checking it twice.

Charles de Gaulle learned his lesson the hard way. Politicians seem to think their grip on the Dogs of War is tenacious…not so found the treacherous De Gaulle, he betrayed the French Foreign Legion and nearly paid for that with his life.

The United States of America is living on borrowed time.

I used to read about the decline and fall of an empire…..I never dreamed I would witness it first-hand.