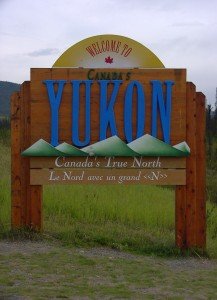 Does the Yukon Territory really need another layer of bureaucracy to do the job the RCMP is already paid to do?  Apparently, the answer to that question is a resounding YES! according to Yukon’s Parliament.

If that shocks you, you’re not alone.

We already have laws against drug dealing, bootlegging and prostitution.  These laws have been on the books for decades, yet the Yukon Parliament, in its unfailing quest to be “seen to be doing something”, decided another layer of bureaucracy was the answer; that somehow this new layer of pseudo-cops would deal with the evils of society once and for all.

Yeah, okay.  Looks like someone’s been drinking the Koolaid again.

One more law, one more bureaucrat or one more bureaucracy is never going to stop mankind from breaking the Mankind’s laws.  If all it took to stop crime was another law, then murder would have been banished from the Earth back in the days of Moses.  God did command “Thou Shalt Not Kill”, didn’t he?

Don’t bother telling that to the Nanny State Ninnies of the Yukon Parliament though.  Nope, these yahoos know infinitely better than we mere mortals about what will finally rid our communities of the scourge of drugs, or whatever the scourge du jour might be.

On May 24, 2006 the Yukon Parliament proclaimed the Safer Communities and Neighbourhoods Act (SCAN) under the bizarre premise that “one more law” will solve the problem.  It’s no surprise that this legislation is the spawn of the late Todd Hardy, the former NDP Leader.  The NDP is nothing if not the proponents of the Nanny State in all her glory.  That’s not speaking ill of the dead.  It is speaking ill of the stupid policies he advocated, however.

To quote the Whitehorse Star:

Hardy brought forward the initiative amid the growing concern nothing could be done about known drug houses, if the criminal system was not able to secure the necessary evidence for a conviction.

SCAN allows officers to build a fact-based case that doesn’t need to meet the same test as a criminal case, but allows the court the breathing room to make obvious assumptions based on such things as the number of visitors and when they’re visiting.

Did you catch the important idea there?

A lower burden of proof than is required for a criminal conviction.

The trouble with this do-gooder law is that it actually removes the police from the crime-fighting equation.  Instead of calling the cops to report a crime, now Yukoners are encouraged to call this new bureaucracy instead.  Once a complaint is received, the do-gooders will waste countless hours (not to mention taxpayer dollars) “investigating” the complaint.

Here’s the stupidest part of this legislation.  SCAN investigators have no power to make an arrest.

vacate the property on or before a date
specified by the court, and enjoining any
or all of them from re-entering or re-occupying it;

It can also force a homeowner to terminate a lease agreement and even close the property down and order it to remain vacant for up to 90 days.

That is precisely what happened in the case of Marius Moustakas in May of this year. Mr. Moustakas was ordered removed from the home he owns for 90 days because SCAN investigators claim he was “engaged in the illegal sale of alcohol and drugs.”

Documents submitted to the court say

“The neighbours agreed that this interfered with their business and, or, peaceful enjoyment of their properties. They also expressed concerns for their safety and security, and the general safety of the public.”

I am NOT in favour of drug dealers or bootleggers living next door, nor am I in favour of prostitutes plying their trade where my kids and grandkids play.  That’s not because these people are inherently “bad”, but because their activities are inherently dangerous both to themselves but more importantly to those innocent bystanders who may be in the way when things go south.

Criminal actions bring with them a willingness to hurt others if that will advance the criminal activity.  Drug dealers have proven they are very willing to hurt other people if, for example, they do not pay or are infringing on their perceived “territory”.  I’ve not heard of many average citizens killing someone over an unpaid debt, but the news is rife with cases of drug dealers who killed people for all kinds of reasons, both real and imagined.

The problem with the the Safer Communities and Neighbourhoods Act is not only that it removes the police from the crime fighting equation but also that it removes our Common Law protections in favour of expediency.

A person should be presumed innocent until proven otherwise, beyond a reasonable doubt, in a court of law.

Is it inconvenient to have to prove someone has broken the law beyond a reasonable doubt?

Absolutely.  It’s incredibly inconvenient.  However if we want to live in a nation that is anything other than a Police State, that is how we must remain:

Innocent until proven guilty, beyond a reasonable doubt, in a court of law.

Expediency and convenience can never be the reason we violate someone’s Rights and Freedoms.

If we’re willing to violate someone else’s rights today because it’s “convenient” or “expedient” to do so, what else will we be willing to do tomorrow in the name of The Greater Good?