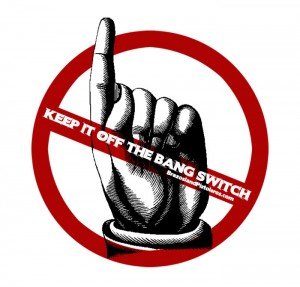 While some people insist on calling this sort of thing an “accidental discharge” I prefer the vastly more accurate term “negligent discharge”.

It was no accident that an unnamed man in Birmingham, Alabama, shot himself in the penis on June 12, 2012 and was taken to Royal Oak Beaumont Hospital.  It was because he was negligent and refused to follow the very simplest of firearm safety rules:

Of course it didn’t help matters that he had his handgun stuffed down the front of his pants like some kind of idiot, either.

“The bullet went through his private part and lodged in his leg,” Kiernan said.

The worker was carrying a .40 Glock handgun in his waistband when he arrived at the house on Wimbleton. Kiernan said as the man pulled out the gun to leave inside the van, it accidentally discharged.

“His partner asked him if he shot himself,” said Kiernan. “I guess the guy stood there for almost 15 seconds looking absolutely stunned. He then told his buddy to take him to the hospital.”

Despite having shot himself in the penis the man may still have another issue to deal with: criminal charges for unlawfully discharging a firearm.

Is it mean to charge him criminally? I mean, hasn’t the guy clearly suffered enough?

Well, he’s clearly suffered as any male who has been kicked in the cohones can well attest to, but being in pain, being humiliated by one’s own stupidity, however momentary, does not absolve us from being held accountable for our actions, and nor should it.