Freedom of speech is such a tenuous Right.  Every individual wants to say whatever he or she wants, but invariably demands that everyone else only say what meets with their approval.  It’s hypocritical but it is the human way.  Or maybe it’s just the Canadian way, I don’t know. 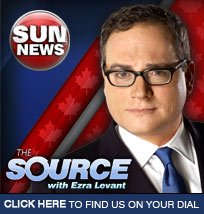 Ezra Levant, on his Sun News Network show The Source, invariably pushes the bounds of Freedom of Speech.  That is his job and, given his history with such staunch persecutors of our God-given Rights and Freedoms as the Alberta Human Rights Commission, it’s no wonder that Levant takes the position he does with respect to our most sacred Right: Freedom of Speech.

I have never been prosecuted (persecuted?) by the Alberta Human Rights Commission for 900 days like Levant was, but I believe that level of abuse by the state is not required for me to understand where Ezra Levant’s zeal for freedom comes from.

It comes from a deep understanding of our Canadian cultural heritage, from the Magna Carta, and from the brave men and women who have died defending our precious Rights and Freedoms.

The problem for folks like me and perhaps Ezra Levant is that we live in a post-Trudeau Canada.  Personally, I much preferred the pre-Trudeau Canada but, unfortunately for us all, that commie jackass came along and did a very good job of ensuring the country would be destroyed and stay that way long after he was dead and buried.

As I said, Ezra Levant hosts his own television show.  He does a fine job of it, for the most part, and while I try and watch his show every day there are times where, frankly, he takes things a little farther than I’m comfortable with.  Those days aren’t very many, to be sure, but on those rare occasions where Ezra goes off the rails I am quite capable, because I’m a grown man and can think for myself, of just changing the channel or (gasp!) turning off the television entirely.

I don’t feel any need to go running to mommy and daddy (The Nanny State Censors) to make Ezra Levant shut up.  Running off to the Nanny State to force someone else to do what I want is just, well, that’s just plain un-Canadian.

So when Ezra Levant went on an extended rant about that terrorist-supporting company, Chiquita Brands International, for publicly stating they were boycotting Canadian oil in favour of oil from… well… terrorist and torturous regimes, I pretty much loved every word Levant had to say.

Yes, that even includes his Spanish epithet directed to the terrorist-loving (or at the very least terrorist-supporting) corporate official that Levant singled out at the end of his December 22, 2011 show.

Would I have said what Ezra Levant did?  No, I would not.  I personally thought it was a little crass, but that’s not the point.  He said pretty much what I felt and thankfully I had Ezra Levant there to go that extra mile in my stead.  Levant said what pretty much any patriotic Canadian felt in the aftermath of Chiquita’s asinine boycott of Canadian Oil Sands oil or as Levant calls it: Ethical Oil.

But far beyond that, he has a right to say what he said. That’s the thing that’s getting lost here.

Despite the fact the Charter is the spawn of Trudeaupia it still holds some weight.  Our Rights and Freedoms still mean something, even if the Canadian Broadcast Standards Council doesn’t agree.

Frankly, I wouldn’t expect them to.  They are far too concerned with political correctness and with being the “protectors” of the broadcast airwaves to care about something to tedious and pedestrian as our Rights and Freedoms.

In case you have forgotten, these are the same visionary buffoons who actually banned the Dire Straits song “Money for Nothing” because some little ninny cried that the 25-year-old song had suddenly and without warning hurt his feelings.

Any regulatory body that out of touch with reality should not be sitting in judgment of anyone for any reason.  They are, frankly, far too stupid to do so.  I place the ruling to ban a 25-year-old song forward as my evidence of that profound stupidity.

The point of my rambling today is simple.

When companies like Chiquita Bananas tries to climb onto a high moral horse when their track record proves they couldn’t care less about human rights or the environment they deserve every single shot they get.

When companies insist on supporting terrorism but decry our Canadian Oil Sands then frankly, they can all go to hell.  I won’t say that is colorfully as Ezra Levant will, but I’m okay with that.

Some people were offended by Ezra’s December 22, 2011 rant and the way he singled out one man at the end of his show.  That’s fair.  They have every right to be offended.  They also have the right to change the channel.

Fortunately for those 22 whining little ninnies we live in the Great Nanny State where mommy and daddy will come running to fix every perceived ill in the world.  In this case mommy and daddy is the Canadian Broadcast Standards Council.

All those offended individuals (a whopping 22 people across Canada) complained to the Canadian Broadcast Standards Council (CBSC).  The CBSC promptly ensured that Sun News Network explained itself to each and every one of those 22 individuals, which they did. The censors at the CBSC didn’t like the way Sun News Network responded and, with the insistence of 6 whiny little crybabies, they demanded that Ezra Levant be muzzled or, better yet, removed from the airwaves altogether.

Failure to comply could place their broadcast license in jeopardy.

Isn’t it great to have such powerful censors?  Even better, isn’t it awesome that these censors are Sun News Network’s own competitors?  Yeah, the Nanny State is actually that awesome.

Back to the 6 whining ninnies for a moment.  Are they so incompetent that they couldn’t just change the channel?  Was there someone in the room holding a gun to their heads forcing them to watch Ezra Levant’s show. No, there was not.

Seriously, how hard is it to NOT watch something that offends you?   The reality is that it’s not difficult at all.  I get offended every time those ditzy broads on The View open their mouths.  Does that mean I have to go crying to mommy and daddy and the Nanny State to make them stop talking?  No, of course not!  I’m a big boy.  I can change the channel all on my own.  I don’t even need my mommy to help me.

Apparently not everyone in Canada is so blessed.    Some in Canada believe that if they are offended then the rest of the nation must share their sense of offense.  They mistakenly believe that I (and perhaps you) need to be protected from making our own decisions about what we read or what we listen to or what we watch on television.

I do not.  Hopefully neither do you.

When someone on the radio or television says something that offends me, I stop watching.  I change the channel.

Then I write a column about the moron and explain my position on why I think they’re a moron… just like I’m doing with the whiny little crybabies that felt they had to get mommy and daddy to make Ezra stop talking.

News Flash: Ezra Levant is NEVER going to stop talking.  More importantly, nor should he!  (I suspect he’s secretly recording monologues daily that will be played after his death just so he can KEEP talking.)

News Flash #2: Just because Ezra Levant is talking it doesn’t mean you have to listen.  Just change the channel!  If enough people don’t want to listen to Ezra rant then his show won’t be able to attract sponsors and he will be taken off the air.

Is it worthwhile to spend millions of dollars to shut up a John Ross Taylor.  Of course not.  The only reason  most people even have a clue who he was is because the Ontario government, led by Ontario’s Attorney General, devoted decades to shutting John Ross Taylor up.

Had they simply been manly enough to allow the Free Market of Ideas to do what it does best, odds are spectacularly high that nobody today would even know the name John Ross Taylor.

That’s why censorship is such a stupid and useless exercise.  People with stupid ideas simply don’t get listened to.  People with interesting and thoughtful ideas do.

That’s precisely the way it should be, too.

Yes, I fully understand that the CBSC is made up of representatives from all its member broadcasters.  But since “voluntary membership” in the CBSC is mandatory under Canadian law that makes them government censors, pure and simple.

Then we’ll see just how many broadcasters really believe in the Canadian Broadcast Standards Council, won’t we?

Canadians are smart enough to make decisions for themselves about what they watch or don’t watch. We certainly don’t need government censors to protect us from the likes of Ezra Levant.

Not even when he’s intentionally rude to some terrorist-loving executive of the Chiquita Banana corporation. 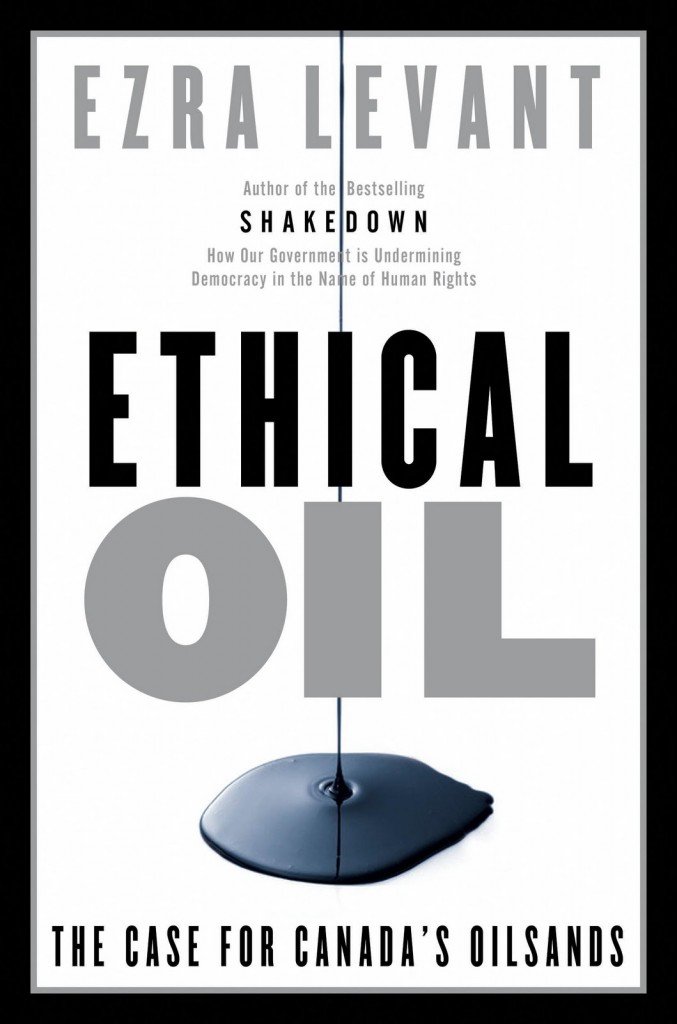