I know grief can do strange things to people.  I also know losing a son, no matter the circumstances, is horrendously difficult.  There is a line that one should never cross, however, simply because it is both tacky and moronic to blame the shooting victim for the crimes of the lunatic who shot her. 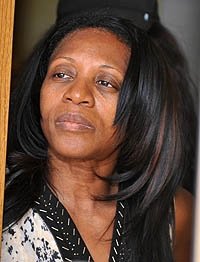 As bizarre is it seems to me, however, that’s precisely what Shawn Bryan’s mother is doing.

In what can only be described as a “stupid human trick”, Eldene King is blaming Charlene Mitchell for her son’s insane actions that left Mitchell fighting for her life in hospital and veteran police officer Kevin Ambrose dead.

Eldene King is grieving.  I get that.  But she’s out to lunch if she thinks she’s going to get any sympathy from me for the fact that her son is dead.  Not when she wants to blame the mother of her grandchild for the murderous actions of her own son.

Shawn Bryan was a corrections officer at New York’s Rikers’s Island facility.  Being a good little coward, he shot and killed himself after first murdering Springfield Police Department Officer Kevin Ambrose and shooting his ex-girlfriend and mother of his child, Charlene Mitchell.

Nobody held a gun to his head and forced Shawn Bryan to murder anyone.  He stupidly chose to do that all on his own.  That his mother hasn’t the decency to think of anyone but herself is rather disgusting to me.

Kevin Ambrose has a family that now has to figure out how to live without him.  Does the self-absorbed and self-delusional Eldene King have anything to say to them?

Nope, not a word.  All she can do is blame the world for the fact that her son was a murderous nutbar who, like all good cowards, preferred to kill himself rather than face the consequences of his heinous actions. 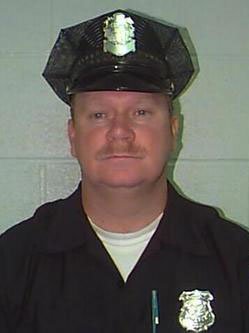 My sympathies, thoughts and prayers go out, as they have since Shawn Bryan committed his cowardly deed, to the family of slain Springfield Police Department Officer Kevin Ambrose and the family of Charlene Mitchell, the actual victims of the crime.

Seriously, what kind of human being is it that can shoot the mother of his child right in front of that child?

About all I want to reserve for Eldene King is my contempt.  Really, what more does she deserve when she makes such obscene statements as “All the stuff going on, the mother perpetuated.”

Because I don’t recall reading anything in any news reports that had Shawn Bryan seeking a restraining order against Charlene Mitchell.

No, it was Charlene Mitchell who was terrified that Shawn Bryan would try to kill her, a fear that came far too close to becoming reality.  Bryan shot Charlene Mitchell  just 1 hour after she was granted an order of protection against him.

But that’s all Mitchell’s fault, right, Eldene?  Excuse me while I puke.

In what has been described as “miraculous” Charlene Mitchell’s condition was upgraded to “stable” on Tuesday.  Given that she, just like Kevin Ambrose, was shot in the head it is truly a miracle that she survived the threat to her life at all.

Meanwhile Eldene King is not the least concerned about the dead police officer or the near-dead Charlene Mitchell.  No, she’s in full denial about what went on the day her son took his own life.

King, speaking outside her Westbury, L.I., home, bizarrely claimed that Bryan was the real victim.

“I don’t believe Shawn killed himself,” King said. “I believe he was shot by somebody.”

“He would never kill a police officer,” King added. “There are no witnesses to say who shot who.”

Yeah, okay. You just keep riding down the river of Denial.

Since all three people were either dead or near-dead when anyone found them I don’t think it’s a big stretch to work out the details, but hey, I wasn’t there so I’ll leave it to the police to determine what happened.

They’ve done that and are pretty darned clear about the chain of events.

Officer Kevin Ambrose went to the woman’s Springfield apartment around 1 p.m. after she called 911 to say her former boyfriend, against whom she had just obtained a restraining order, was nearby and she feared for her life, Springfield police Commissioner William Fitchet said.

Ambrose arrived in a one-man patrol car and found 29-year-old Charlene Mitchell and 35-year-old Shawn Bryan, of Hempstead, N.Y., outside, Fitchet said. They went to Mitchell’s apartment, where, Fitchet said, Bryan pushed Mitchell inside, followed her and slammed the door against Ambrose, who tried to get inside. Bryan shot Ambrose through the door, opened it and fired at him again, then shot Mitchell, Fitchet said.

Springfield Police Department Officer Kevin Ambrose is a hero.  He’s the kind of cop that all police officers ought to aspire to be.  He was willing to put his life on the line to save someone he didn’t even know.  That’s what good men do, and they do it without a second thought.

The list of such men is long, to be sure.  Just a few of them that I’ve written about in recent months are:

No, Shawn Bryan gets no sympathy from me.  He’s just a coward and a thug who tried to murder the mother of his own child, and who murdered Officer Kevin Ambrose in cold blood.

Given the disgraceful and reprehensible comments made by Bryan’s mother, Eldene King, she won’t get any sympathy from me either.

My June 5th article on this horrific case can be found here: