Most people, at least here in British Columbia, are familiar with the case of disgraced RCMP Staff Sgt. Don  Ray.  He’s the former head of Edmonton RCMP’s polygraph unit who liked to party and have sex with co-workers in his office.  His sexual misconduct dates back at least as far as 2006, according to news reports. 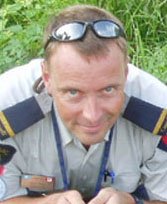 After Staff Sgt. Don Ray was demoted one rank to sergeant and given, wait for it, a 10 day suspension, he was transferred to British Columbia where, we are assured, his superiors will “keep an eye on him.”

Sgt. Don Ray is protected from public scrutiny by his RMCP superiors including RCMP Deputy Commissioner Craig Callens who assures us Ray will be monitored closely.

What exactly do I mean when I say he is being protected by RCMP brass?  Specifically, that the RCMP refuses to say where Sgt. Don Ray has been stationed here in BC.

To quote my friend Don Laird in a recent email exchange on the subject of the disgraced Mountie:

The reality is that if he (Sgt. Don Ray) had done this in a playground, in any other workplace or in any other setting he would have been arrested, charged, convicted and, potentially, labeled as a sexual predator or offender by law enforcement with the requirement to inform local authorities of his presence. Further, he would not be allowed in the presence of children, etc.  The corporation/company he was working for would have fired him and his affected co-workers would have commenced lawsuits against him either through tribunals or litigation.

Instead he has been allowed to carry on unchecked…….and allowed to retain his position of trust and authority…..this is outrageous. My point is that the RCMP have long since lost public trust and the privilege, repeat privilege, to act with our trust and have the public assume what they tell us is true.

The list of their crimes has been long indeed and ranges from murder to witness tampering, drug dealing, evidence theft, etc.  They have long since lost our trust and faith and yet they hold the public to a standard that they themselves are either unable or unwilling to maintain.

So, when they tell us that Sgt. Don Ray is no longer a threat……I say prove it…and then let the local community know where he is……because a man who pulls his Johnson out and starts asking female members to touch it has some very serious issues…….made even more serious when the officer is packing a gun and a badge……and has authority over unsuspecting women and children….

Don Laird is correct.  Sgt. Don Ray should have been fired in Edmonton, not transferred to British Columbia under cover of darkness and protected by RCMP brass including BC RCMP Deputy Commissioner Craig Callens.

The fact that the RCMP refuses to disclose where Sgt. Don Ray is stationed is, to be blunt, completely hypocritical given their recent press release about another sexual offender named Donald Bakker.

Donald Bakker is Canada’s first convicted “sex tourist” and according to the RCMP is a high risk to re-offend.  Some would say the same is true of Sgt. Don Ray.

After being released from prison Bakker moved to Penticton and the RCMP immediately issued a press release warning the public of his presence.

The treatment of these two sexual offenders is completely discordant.  On the one hand the sexual offender (Ray) is protected by the RCMP and on the other hand the RCMP can’t act fast enough to warn the community where the other (Bakker) will reside.

The message being sent here is as clear as it is disturbing.

If you’re an RCMP member you can do pretty much whatever you want and you will be protected.  If you’re just a “regular” sexual offender, look out.  The RCMP will make sure your life is a living hell.

Maybe Donald Bakker should apply to the RCMP for a job.  He seems to have all the right qualifications, if the case of Staff Sgt. Don Ray is anything to go by.

Anything less is hypocrisy.