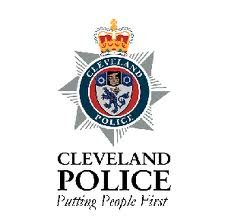 John Davis thought he was doing a good thing on May 14th, 2012… until he got pulled over by a Cleveland police officer and found himself holding a ticket for littering.  A little charity for a street person was just too much for Cleveland police to cope with, it appears.

Then there’s the attitude of the cop who issued the ticket.

“Take it up with the courts.”

At issue is a Cleveland Municipal law.

Section No: 471.06 states in part that “No person shall stand on a highway for the purpose of soliciting…contributions…”

It also reads that “No driver” is to “transfer currency….to any person standing on a street or highway.”

Davis wasn’t issued a ticket for that though.  He was ticketed for “littering from a motor vehicle” under Section No: 613.06 because one of the dollar bills hit the ground.

When we make everything illegal including being charitable to people less fortunate than ourselves something is really wrong with society.

When police no longer concern themselves with actual crimes and focus on revenue generation for the state… well…  that kind of speaks for itself, doesn’t it?

“DrinkingWithBob” ranted on YouTube about this case… he’s a lunatic but he’s got a point!

Commenters on his video were equally outraged, and rightfully so.

This is why a lot of Americans hate police. Did our government secretly brainwash our police, I mean what happened to them. Police used to actually have a? sense of honor and dignity, now police are well known for being good for nothing, bribe taking, tyrannical bullies who will whatever they can to arrest us and increase their paycheck.

Another commenter wrote sarcastically about what lesson the Cleveland police officer really taught John David (and the rest of us!)

Well, they? sure taught him a lesson, he wont be giving any money to the needy again. Great job officer.