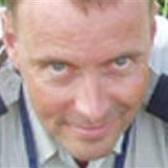 Staff Sgt. Don Ray is the latest in a long line of high-ranking RCMP members to be reprimanded for sexual misconduct on the job.

While stationed in Edmonton and in charge of the RCMP polygraph unit Staff Sgt. Don Ray regularly held parties, got subordinates drunk, made sexual advances and had sex in RCMP offices.

He has since been transferred to British Columbia.

An internal report that has not been made public yet was quoted saying Staff Sgt. Ray “exhibited a ‘serial’ pattern of ‘disgraceful’ conduct.”

Sgt. Ray admitted to all allegations, expressed remorse and apologized in writing. The RCMP docked him 10 days pay, demoted him by one rank to sergeant, and recommended that he be transferred.

“It goes without saying that should similar misconduct occur, dismissal would be a very likely option for a future board to consider,” the disciplinary panel said.

He sent them “disgraceful” emails, took them out for drinks during the hiring process and once falsified security clearance forms for one woman, exaggerating the number of years she’d known one of her character references.

The discipline board said Sgt. Ray’s conduct was “disgraceful because (it) compromised the integrity of the RCMP’s hiring process.”

Sgt. Ray’s “disturbing pattern of activity” dates back to 2006, when he would book a polygraph suite for lunchtime sex with a female subordinate.

“It is highly disrespectful to employees who legitimately use the polygraph suite,” the discipline board noted.

He would also sign out unmarked police cars for his sexual encounters, and was branded as “disgraceful” by superiors for having sex in a public parking lot with another female subordinate after a colleague’s transfer party.

Sgt. Ray was known for making inappropriate comments in the office, including one time he made public remarks about a female employee’s sex life.

The discipline board called the victim-impact statements troubling. Some victims said that it will take time for them to heal. Some said they had lost faith in the RCMP.

“The gravity of the misconduct was such that little room was left for discussion of aggravating factors, but chief among them were the member’s years of service and his rank,” their report said.

“Staff Sergeant Ray should have known better. Our organization relies upon its senior NCOs to set a good example for younger members, and Staff Sergeant Ray’s misconduct has had the opposite effect.”