The answer, of course, is pretty simple.  Christianity is currently the only religion that it is politically correct to slander and abuse.

The Bible makes clear a set of rules for living.  You may have heard of them.  They’re called the Ten Commandments.  Expecting Christian employees to adhere to them as best they possibly can on this mortal coil while working at a Christian university isn’t a stretch.  In fact it actually makes sense.

I practically laughed out loud when I read the comments of McKinley Starks, identified as an openly homosexual student at Shorter University.

“How can a self-proclaimed Christian university come out with a document that is not Christ-like at all?  I feel that Shorter, the GBC, the Board of Trustees, and/or whoever can do what they want to the school. It’s their school, but I cannot personally attend a school so full of hate.” 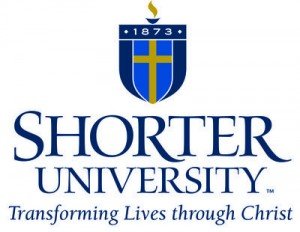 He was referring to the Personal Lifestyle Statement that staff are required to sign and uphold if they want to work at Shorter University.

That document basically says the University wants its employees to be practicing Christians who attend a local church.  Describing the document as “not Christ-like at all” is laughable, unless you can find some way to claim that Christ himself had nothing to do with the Ten Commandments.

“We have a right to hire only Christians,” President Don Dowless stated. “I think that anybody who adheres to a lifestyle that is outside of what the biblical mandate is and of what the board has passed, including the president, would not be allowed to continue here.”

I’m not the only one who agrees with Shorter University’s stand on this issue.  Joe Coffey commented on the original story saying how proud he was of the stand Shorter President Don Dowless is making.

I am proud of the man for this move. In this age when most Christian institutions are bowing to the pressures to move away from Biblical standards, it is wonderfully refreshing to see one that is moving in the other direction. I applaud him for it. And the statements of the staff and students that are listed in the article are only examples that those people have no idea of Biblical truth. They have failed as students and teachers, so of course they are going to criticize someone who is moving in the right direction.

This is, simply put, a matter of principle for the university.  If you don’t want to follow the tenets of Christianity I’m more than a little puzzled about why you would want to attend a Christian university in the first place, unless your entire motive is to turn it into something other than what it already is.

I also found the comments of Dr. Sherri Weiler to be, at the very least, uninformed, to be polite.

“Surely a kind and loving God wouldn’t condemn to eternal damnation those who didn’t interpret the Bible in an ‘approved’ fashion,” wrote Dr. Sherri Weiler, former Associate Professor of Music at Shorter University.

Clearly Dr. Weiler needs to re-read her Bible.  God makes it quite clear that there is one way and one way only to avoid eternal damnation.  Anything less guarantees it.

If you confess with your mouth that Jesus is Lord and believe in your heart that God raised him from the dead, you will be saved. For with the heart one believes and is justified, and with the mouth one confesses and is saved.

You can choose to interpret that any way you like, but I’m fairly certain God isn’t interested in our idea of what he means… if we do not do as he says we’re guaranteed an outcome we really ought not to want.

The school is hardly “full of hate” as student McKinley Starks contends unless he is willing to call the entire Bible a “book filled with hate.”  He probably does, which would explain his desire to have the world live by his values instead of Christian ones.

Thankfully Shorter University President Don Dowless has no interest in moving the school away from its Christian roots.

While the abstaining from alcohol is not a Biblical teaching, the Bible makes it very clear that drinking to excess is not condoned.  That Shorter University wants to take a more strict approach to this simply tells me they want to ensure the best possible learning environment for their students.  I have no problem with that at all and if current staff members do… well, then they’ll be free to find employment elsewhere.

A. Christian Commitment and Membership in a Local Church

Shorter University will hire persons who are committed Bible believing Christians, who are dedicated to integrating biblical faith in their classes and who are in agreement with the University Statement of Faith. Moreover, employees are expected to be active members of a local church.

B. Principles of Personal Conduct

I agree to adhere to and support the following principles (on or off the campus):

1. I will be loyal to the mission of Shorter University as a Christ-centered institution affiliated with the Georgia Baptist Convention.

2. I will not engage in the use, sale, possession, or production of illegal drugs.

3. I reject as acceptable all sexual activity not in agreement with the Bible, including, but not limited to, premarital sex, adultery, and homosexuality.

4. I will not use alcoholic beverages in the presence of students, and I will abstain from serving, from using, and from advocating the use of alcoholic beverages in public (e.g. in locations that are open to use by the general public, including as some examples restaurants, concert venues, stadiums, and sports facilities) and in settings in which students are present or are likely to be present. I will not attend any University sponsored event in which I have consumed alcohol within the last six hours. Neither will I promote or encourage the use of alcohol.

I have read and agree with the Personal Lifestyle Statement and will adhere to it in its entirety while employed at Shorter University. I understand that failure to adhere to this statement may result in disciplinary action against me, up to and including immediate termination.