I was actually shocked to come across a story about how the NBC network has fired three [alleged] reporters for doctoring and/or fabricating the transcript of George Zimmerman’s 911 call after the shooting of Treyvon Martin. 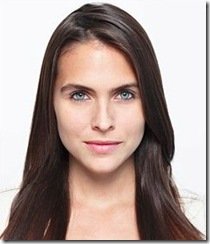 Lillia Luciano, pictured here, is the third person fired for attempting to manufacture a story, instead of doing their job: reporting the news.

The first to get the axe was an unnamed NBC producer responsible for doctoring the 911 tape, which NBC insiders have attempted to characterize as a “mistake”, not a deliberate attempt to mislead the public.

That’s a nice theory, but what else can you call editing the 911 call to make it look like George Zimmerman is the one who brought up race when he did not?  That is a deliberate and calculated altering of the facts to fit a preconceived version of events.

Most people would call it lying.

Here is what Lillia Luciano wrote, followed by the truth:

Zimmerman: This guy looks like he’s up to no good or on drugs or something. He’s got his hand in his waistband. And he’s a black male.
Dispatcher: Are you following him?
Zimmerman: Yeah.
Dispatcher: Okay, we don’t need you to do that.

Zimmerman: This guy looks like he’s up to no good or he’s on drugs or something. It’s raining and he’s just walking around, looking about.
Dispatcher: OK, and this guy — is he white, black, or Hispanic?
Zimmerman: He looks black.

The courageous producer who manufactured the lie and the two reporters who fabricated the 911 call transcript to fit their preconceived notion of what went on all need to go back to kindergarten to learn what right and wrong mean, since they all clearly missed that lesson. 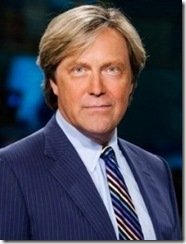 The second casualty in the George Zimmerman Truth War was [alleged] reporter Jeff Burnside.  Burnside was fired after he also used a doctored version of the truth in a fantasy story he wrote for NBC.

When reporters create the news instead of reporting it, they do everyone a disservice.

Manufacturing a racial component where none exists does nothing to help America.  It serves only to highlight how easily America can be manipulated into a Race War much to the delight of lunatics like the New Black Panthers.  These morons have publicly called for the death of George Zimmerman and have gone so far as to offer a cash reward to anyone who will bring Zimmerman in “dead or alive.”

Normally that would spark mass arrests of the idiots making these sorts of public declarations, but since Obama loves anything that splits America down racial lines, his Department of Justice, led by the corrupt Eric Holder, will never ever go after the Black Panthers.

Kudos to NBC for firing these people.  It’s absolutely the right thing to do, and with a little luck, all three will never work in the news field again.

Now, if NBC could only find the backbone to publicly apologize ON AIR for the actions of these so-called reporters, I’d really have faith that NBC is actually sincere and not just playing a Public Relations game.

NBC News President Steve Capus actually admitted they should have done so, but wasn’t willing to actually make it happen.,

“The reality is that we didn’t try to hide from it,” the oleaginous NBC president is quoted as saying. “We did an awful lot of work after it happened. We did an exhaustive investigation, I did interviews with a lot of publications to get the message out, but we probably should have done it on our own air.”

So far, that On Air apology has not happened… nor will I be holding my breath waiting for it.