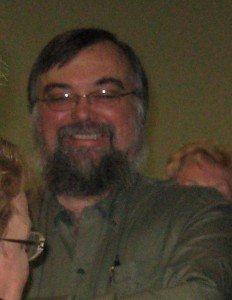 Private property ownership is the cornerstone of any free society. The land issues the late Jim McFaull held insightfully under study and discussion for many years help serve as more examples of how the United Nations’ Agenda 21 is working stealthily under the radar in tandem with federal, provincial, state and community governments to transfer all privately-owned property into public domain that will ultimately be placed under control of a one-world government. Ironically, he faced much opposition from his mining colleagues who don’t know or care that they have rights and are not going to fight for them. They just want to work under a “fashionable” Agenda 21 phrase:”Go along to get along”. JG

A blizzard of conflicting legislation and regulations blanketing this territory has eroded the miner’s rights to enter, locate, prospect and mine a claim, says a study released on February 28, 2000.

Report on the Yukon Quartz Mining Act and its Regulatory Regime’s Impact on the Free Entry System of Mining Law delivers what the title promises. (download PDF)

Author Jim McFaull has tackled the complex legal issue head-on. But the 50-page document is far from dry stuff.

McFaull is an accomplished writer and communicator. He has stitched the story together with simple language and an easy style so the layman can comprehend the text.

A miner is granted certain rights to enter Crown land for the purpose of locating mining claims. This allows him to seize title to the land on which he is authorized to prospect and mine.

When the miner stakes his claims he goes to the appropriate federal mining recorder office in Whitehorse, Mayo, Dawson City or Watson Lake to file an Application for Claim.

The federal government is the only agency with authority to issue the miner a Grant of Title. Mineral rights belong to Her Majesty, the Queen, until the ground is staked as mineral claims.

At that point, mineral titles are divested from the Crown and vested to the miner.

The miner–or the beneficiaries to whom claims can be bequeathed–retain the title in perpetuity, as long as the claims are in good standing.

Claims lapse only if the required assessment work is not filed or payment in lieu of assessment is not made by a specified date. The only time the title to the property reverts back to the Crown is when a claim lapses.

This process was designed for a definite purpose. The Crown wants to provide incentives to the private sector–or free miner–to locate mineral claims that can be developed into a profitable mine.

Without personal incentives, free men won’t mine. The Queen is not going to dirty her hands digging a hole.

Therefore, the Crown would be forced to use soldiers, criminal convicts or slaves to extract the wealth from the ground, as did the kings of Babylon and the pharaohs of Egypt during the first great civilizations.

The Soviets and Nazis killed over 30 million slaves who labored in European and Siberian mining operations during the last century.

Yet the Canadian government has chosen to introduce a revocable licensing system that is a disincentive to free miners of the Yukon.

The system parallels one implemented in Australia that sparked the Ballarat Rebellion of 1854. The Australian miners were at the mercy of the corrupt constabulary who did the inspections. Bribery, extortion and even the murder of miners became commonplace.

Since no legal rights were attached to the license or claims, the disgruntled miners demanded the Crown implement a form of claim ownership that would grant them rights and legal security.

The British government abolished the miner’s license and created the Victoria Mining Act of 1855 that granted miners hard rights.

“This was the first modern free-entry law in the British Empire,” writes McFaull.

Parliament replaced the hated miner’s license with a legally secure tenure for the mining claim as a form of property.

In 1924, the venerable Dawson City lawyer George Black was elected member of Parliament of Canada specifically to rewrite the quartz mining act.

“It contained such strong legal security of tenure that there were virtually no further problems with bureaucratic interference with claims until the 1990s,” advises McFaull.

Until recently, the act held the honors as the least-amended mining legislation in Canada because Yukoners insisted on a statute rather than regulations.

Now the free-entry system of mining law in the Yukon appears to have undergone an almost total overthrow.

In spite of the guarantees entrenched in the Yukon Quartz Mining Act, as well as the Yukon Placer Mining Act, exploration work is now being prohibited.

Even producing mines have been driven out of business or are under threat of shutdown as a result of punitive regulation.

McFaull would relish a judicial review to determine the legality of overthrowing the free-entry system in this fashion.

Can a public servant legally refuse a miner his rights?

Some of the actions under question are interference with vested rights; violation of the principles of legality; and regulatory taking of real property without compensation.

The regulations have been enacted so the miner is “prohibited” from mining without a license. And a miner can be charged with severe legal penalties that include fines up to $100,000 a day.

“This flies in the face of the fact that the miner is still in possession of his original statutory free-entry miner’s rights,” challenges McFaull.

What happened to the rights that authorize the miner to enter, locate, prospect and mine on a freehold estate in fee simple with legal security of tenure?

How can the miner’s rights of free entry–which are supposed to be near absolute, irrevocable and protected by law–be withheld by the use of a revocable license? he wonders.

In a detailed section headed “The Lease v Licence Questions”, he explains why the two systems are not compatible much less interchangeable.

The subject of property law evolves into Mining Leases as “Chattel Interests”, The Claim as a Freehold Estate and Title to the Claim. He provides detailed accounts about how the miners’ rights have been affected by such contradictory federal legislation as the Territorial Land Act, Yukon Waters Act, Mining Land-Use Regulations and the proposed Development Assessment Process.

He also examines prohibition of Entry by Order-in-Council, Surface Rights Leases, Devolution and Yukon Protected Areas Strategy, which is a territorial initiative.

“The consequences of this attack on the free-entry system in the Yukon have been severe, and are likely to worsen,” he warns.

The mining industry has suffered a catastrophic collapse in the last five years with major repercussions to the Yukon economy.

Just in the last 18 months, the population base has shrunk by over 10 percent. The exploration industry is down by 90 percent.

The only operating quartz mine is the one near Dawson City. The future of Brewery Creek gold mine is uncertain.

Furthermore, brokerage houses and the mining investment community worldwide have blacklisted this jurisdiction, writes McFaull, whose report urges discontinuation of the discretionary systems of revocable permits and licenses.

Economic survival hinges on the miner’s rights being reinstated under the free-entry system as exist in the Yukon Quartz Mining Act.

Otherwise, this place is doomed, offers McFaull, who earned a geology degree from the University of British Columbia in 1974.

The experienced exploration geologist discovered seven new mines that produced four million ounces of silver before United Keno Hill Mines closed in 1989. He is a Fellow of the Geological Association of Canada and a long-standing director and a past president of both the Yukon Chamber of Mines and the Yukon Prospectors’ Association.

(Copies of the must read are available for viewing in Whitehorse in such places as the Red Square Library (a.k.a EMR Library, Elijah Smith Building) and the Yukon Party Caucus library, Yukon administration building.)

Jim McFaull, an exploration geologist and prospector, died suddenly on April 14, 2012 at age 59. One of his legacies is an archives of timeless, “I-told-you-so” interviews and articles dealing with mining laws and Canadian property rights which attest to his intellect and foresight.