NDP Leader Thomas Mulcair has made himself quite clear since he was elected leader of the NDP.  He will bring back the failed and useless long gun registry and he will force his caucus to vote his will “or else.”

That makes one thing absolutely clear.  NDP MPs are Thomas Mulcair’s representatives to those ridings.  They are NOT representing their constituents views to Ottawa.  Mulcair doesn’t care about their views.  He will tell them what to think and when to think it.

Thankfully Thomas Mulcair’s dictatorial ways have sparked what I hope will become a stampede out of the NDP caucus. 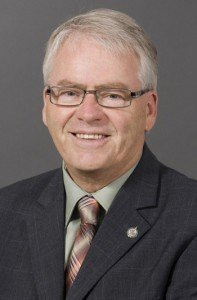 Leading that hoped-for exodus is former NDP MP Bruce Hyer, who represents the riding of  Thunder Bay-Superior North.  Hyer got himself into hot water with Interim NDP Leader Nicole Turnell when he had the audacity to vote the will of his constituents instead of the Turnell’s dictatorial edict.

I commend Bruce Hyer for his determination to stand up for what the people who elected him stand for.  It’s admirable in this day and age where political parties aren’t interested in what we mere citizens have to say, but prefer to tell us what we should think.  Sitting as an independent guarantees, in my mind, that Hyer will have his job for as long as he chooses since it shows the entire country what he believes is important: his constituents.

Oh that every MP in the country had this much integrity!

Hyer may be the first defection but he will not be the last.  I was quite shocked to see John Rafferty publicly condemn Mr. Hyer for taking this step since he was the other NDP MP that had the courage to vote the will of his constituents.  Rafferty will learn shortly just how little influence he has under  Mulcair’s leadership and in the end I believe he will make the same decision as Hyer.

Mulcair is just another petty dictator wannabe… and he won’t last.  They never do.  But so long as he demands his caucus be his representative to the people he will face an ever diminishing caucus, and rightly so.

So again, Congratulations to the citizens of the riding of Thunder Bay-Superior North!  You’ve got a representative you can truly be proud of!

For those interested, below is the letter from Bruce Hyer publicly making his decision to sit as an independent MP, rather than fold like a cheap suit because some Quebec politician demands him to.

THUNDER BAY – LEADERS LEDGER – I was honoured when the voters of Thunder Bay-Superior North chose me to be their voice in the House of Commons. I committed to them to be honest, open, and accessible, and to keep my campaign promises. I have much respect for most Members in this House. But our three main parties require lockstep discipline, with little room for meaningful public debate… or for putting constituents ahead of party politics.

Instead of cooperation and compromise, voters often see mindless solidarity, where political parties are always right and voters are always wrong. One example is the long gun registry, where there has been no real compromise at all. Mr. Mulcair has made it clear he will bring back the long gun registry, and will use the whip. I am also concerned that Mr. Mulcair does not seem willing to co-operate with other parties on issues. And on climate change, parties are hopelessly locked to Cap & Trade or outright inaction, making compromise to achieve even piecemeal progress impossible.

One of the jobs of any new Leader is to unite their party, and there are different ways to do that. Being excluded from a position was a definite message that my constituents will be muzzled.

As an Independent voice, I will better be able to represent my constituents in Parliament. I will focus on doing what I have worked hard to do for over three years: Help the people being mistreated by Canada Revenue Agency or EI. Work with all parties or MPs when possible to make Parliament work. And speak up inside and outside the House for issues important for Northwestern Ontario, and Canada.