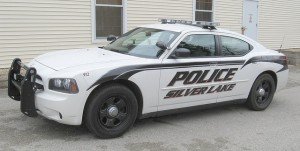 Study after study shows that firearms in the hands of law-abiding citizens reduces crime.  In his landmark study of this issue, More Guns, Less Crime, John Lott, Jr. discovered that the paradox was overwhelmingly true.

The more firearms there are in the hands of ordinary decent citizens, the less crime there was.

Naturally the anti-gun crowd went nuts trying to find some way of discrediting Lott’s study, but they couldn’t.  So now they just do what they do best when the facts don’t fit their pre-determined conclusion: they ignore him.

One police department that is NOT ignoring the wisdom of Lott’s conclusion is the Silver Lake Police Department in Silver Lake, Wisconsin.

Silver Lake is a small village of roughly 2,400 people according to the wikipedia entry for the village.

Like most small towns in America, there likely isn’t much crime in Silver Lake and Police Chief Dan Kingsley wants to keep it that way.  That’s why he has asked his Firearms Training Officer, Keith Kerwin, to host a Concealed Carry class for anyone who would like to apply for their Wisconsin Concealed Carry Weapons (CCW) permit.

While everyone is welcome to attend the CCW class (scheduled for April 21 from 10am – 2pm) if you’re a resident of Silver Lake you get a $15 discount on the course fee.

I love seeing villages like Silver Lake, Wisconsin, where the local police force comprehends that law-abiding citizens are law-enforcement’s best friends and that firearms in their hands is a good thing.

Somewhere along the line so many police departments and countries have decided we law-abiding citizens are the enemy, and that just makes no sense.

So to Chief Dan Kingsley I offer my heartfelt thanks for “getting it,” for promoting freedom, responsibility and most of all, for understanding that when a police department trusts its law-abiding citizens with firearms everybody wins.

Except the criminals, of course, but isn’t that precisely how it should be?

If only Canadian law enforcement were so enlightened… here, sadly, we still focus on sending law-abiding gun owners to prison for paperwork infractions while violent criminals with firearm prohibition orders against them run free.