The Trayvon Martin Case has become the classic example of how a political agenda can drive the reporting of a case, and in this case, twists and distorts reality to fit that agenda. 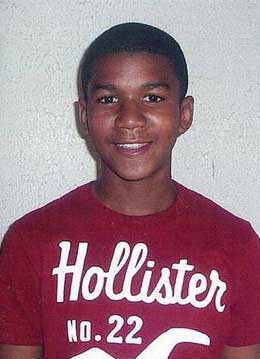 Take this photo of Trayvon Martin, for example.  This image ran with opinion pieces on this case across the world.  Well, you can’t call them reporting, since the photo is itself a fabrication designed to elicit a response.

The fact that this photo is of 12-year-old Trayvon Martin is never explained by the drive-by media.

They ran this photo with his actual age, 17, as though this is what the kid looked like on the day he died.

Don’t get me wrong… it’s terrible that this kid lost his life.  That’s not even up for debate.  What’s wrong is that his death is being used by everyone with a political agenda to advance their anti-gun stance.

Newspapers and television stations across the globe ran this 5-year-old photo with the story to sell you on the fact that a child was killed.

Killed by a white man.

Except none of this is true, other than that Trayvon was indeed black.  That’s about the only part of the story that the drive-by media got correct.

Below is what Trayvon Martin looked like about the time he was shot and killed. 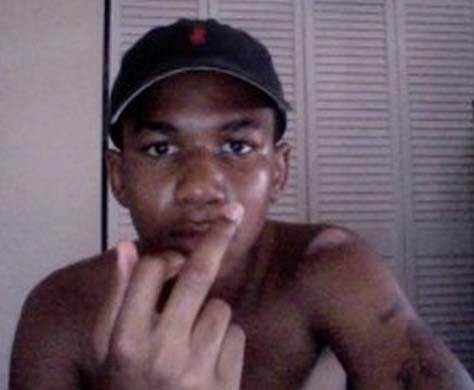 A far cry from the innocent child portrayed by the media, isn’t it?

But this picture of Trayvon doesn’t play into the media-created story of white hate, therefore the drive-by media doesn’t run it.

They also won’t talk about Trayvon Martin’s hate-filled Twitter feed (view pdf) under the name of “NO_LIMIT_NIGGA,” which has since been closed down.

For some interesting reading about what this young man was all about I suggest reading his Twitter posts, all of which were captured by The Daily Caller before the account was shut down.  They paint a picture of a young man who, at the very least, viewed himself as a tough thug in need of respect.

The man who shot Trayvon Martin, George Zimmerman, was described as white by most of these so-called reporters… except that Zimmerman, just like Barack Obama, is only HALF-white seems to be un-reportable.

George Zimmerman is half-Hispanic, too.

George Zimmerman is every bit as white as Barack Obama.

It is a fact that doesn’t fit with the drive-by media‘s proclamation that this was a white on black hate crime.

Once so-called news agency ran the transcript of the 911 call, but edited it heavily in order to make the recording fit their preconceived agenda.  It was only after they were called on their fabrication that they rewrote the story with the full transcript which showed that the person who brought up race in the call was the 911 operator, NOT George Zimmerman… the exact opposite of the impression you got reading their so-called story in its original form.

The press needed a story, so they manufactured it.  That is despicable and disgraceful.

Is it tragic that a 17-year-old was shot and killed?

But if witness reports are true, then it wasn’t the “white Hispanic man”, as one newspaper called him, who was the aggressor, it was the young black man.

Did Zimmerman aggravate the situation by following Trayvon Martin?  Quite possibly.  Had he not followed Martin then the altercation that ended with Martin’s death would probably not have occurred.

But that doesn’t mean this isn’t a case of justifiable self-defense.

If what the witness who came forward said is true, Trayvon made the choice to beat up George Zimmerman.  We will never know why he made that choice, but it was that choice that ultimately caused his death.

Now that George Zimmerman has been charged with 2nd-degree murder it will be up to a jury to decide whether the death of Trayvon Martin was self-defense or murder.

Unfortunately, unless that trial results in what radical groups like the Black Panthers have predetermined to be the “correct” verdict, i.e. guilty, their calls for a race war will only get louder and more obscene.

If a jury reaches the conclusion that this was indeed a case of self-defense, look out, especially if you commit the ultimate crime  according to racist thugs like the Black Panthers: Being White in America.

Is the death of this 17-year-old tragic?

But not even “white-black president” Barack Obama can turn this into a hate crime.

Unless, of course, we allow him, the Black Panthers and the drive-by media to spread their lies unchallenged.

If you want to listen to some very disturbing rhetoric, listen to what the New Black Panthers say, in their own words: