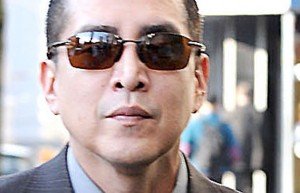 RCMP Cpl. Benjamin Monty Robinson, the man who killed 21-year-old Orion Hutchinson and then left the scene to have a couple of shots of vodka rather than check to see if Hutchinson was still alive, will be sentenced for obstructing justice on June 1, 2012.

The sentencing date was set this past Wednesday.

Robinson has never been charged with the death of Orion Hutchinson, only with obstructing the investigation into his part into the young man’s death.

Robinson, whose credibility was severely tested after he was caught lying on the stand, is still on the RCMP’s payroll some 3-1/2 years later.

During that entire time I have not found a single news report or shred of evidence that Robinson has any remorse for his actions, or that he feels he even did anything wrong.

He has, of course, lied in court before and still faces perjury charges in connection with the death of Robert Dziekanski.  Robinson and 3 other RCMP members are all accused of lying under oath to cover up their part in killing the Polish immigrant.

It is repulsive to me that a cop could leave the scene of an accident he caused without even bothering to see if the man he hit was still alive.  It appears that running home for a couple of shots of vodka to screw up any chance of being charged with impaired driving was far more important than a young man’s life.

Over the past few years I’ve written extensively about this disgraceful and pathetic example of the RCMP, and odds are good that I’ll be writing more about him as he is sentenced for this crime, and when he finally comes to trial for perjury in the Dziekanski case.

According to news reports Robinson will be sentenced at New Westminster’s BC Supreme Court building.

While I have not confirmed it, I suspect that Orion Hutchinson’s parents will be in court to see if any actual justice is served.  The maximum sentence that Robinson can receive is 10 years and it is my ardent prayer that he receives that for his crime.

It’s a disgrace beyond words that this guy is still being paid his full RCMP salary.  Maybe sometime this year the RCMP will see their way clear to finally remove this piece of trash from the payroll.