It’s been a very long time coming, but we’ve finally taken a very small step away from the abyss.  As of midnight last night there is no longer a requirement to register non-restricted firearms (most rifles and shotguns) in Canada.

The RCMP posted the highlights of the change in law on their Canadian Firearms Program website almost immediately, with the caveat that the change in law does not affect Quebec residents due to a court injunction.  The Quebec government is attempting to implement a provincial gun registry but wants to start with the error-ridden records of the federal government’s database.

Yes, that’s stupid and useless, but then so are most Quebec politicians if they think solving gun crime is best handled by importing a database so flawed it can’t be used in court. 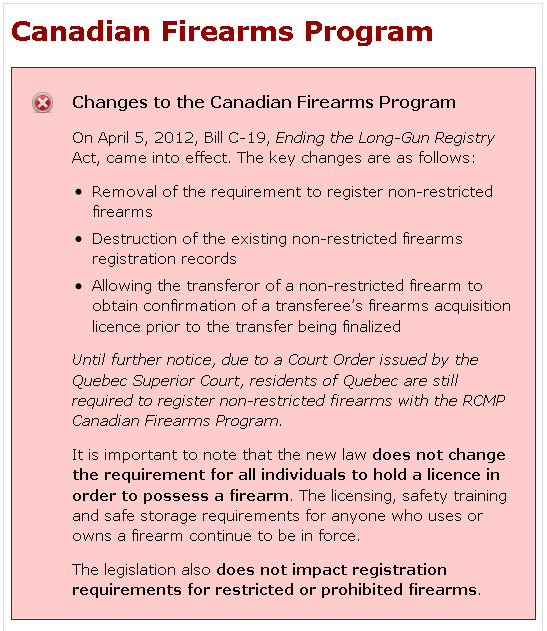