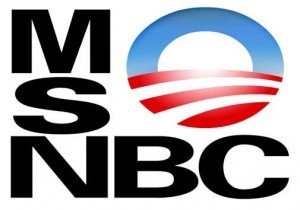 There is a reason that mainstream media outlets are in decline.  North Americans are sick and tired of manufactured “stories” that are nothing but a disgrace.  The latest example of such despicable tactics comes from NBC News and their so-called “reporting” on the Trayvon Martin shooting in Florida.

It’s interesting to note that not a single human being was willing to have their name associated with writing this trash piece designed to turn George Zimmerman into a racist.  They were very happy to spew their garbage across the internet even though they were too cowardly to attach their own names to it.

The byline, such as it is, reads “By msnbc.com staff and NBC News.”

I have the balls to put my name to every single article I write.  I do my research and do my best to tell the truth as best I can determine it given the facts at hand.  It’s a disgrace that MSNBC.com and NBC News isn’t willing to do the same.

Here is what the clowns and bigots at these so-called venerable news outlets wrote while cowardly hiding behind their corporate names:

“This guy looks like he’s up to no good … he looks black,” Zimmerman told a police dispatcher from his car.

They took this information from the transcript of the 911 call that George Zimmerman made prior to shooting Martin.

What these so-called reporters conveniently left out are the critical fact of who asked about race and who didn’t.

The President wasn’t there, of course, and he didn’t know the facts of the case but none of that stopped Obama the Almighty from declaring the dead black youth as his own.  With Obama it’s always about race.

The ACTUAL transcript of the segment in question reads as follows:

ZIMMERMAN: This guy looks like he’s up to no good, [begin ellipsis] or he’s on drugs or something. It’s raining and he’s just walking around, looking about.

911 DISPATCHER: Okay, is this guy, is he white, black, or Hispanic? [end ellipsis]

How can this be?  Would MSNBC staff and NBC News intentionally omit critical portions of text to create a racism story where none exists?

Zimmerman never even mentioned the race of the person he was concerned about until asked about it by the 911 operator.  Yet NBC conveniently leaves all that information out to complete their own racist agenda and manufacture the facts they want when those facts simply do not exist.

They create a completely different meaning and perception of George Zimmerman. I’ve found it particularly bizarre to see Zimmerman described in print and on the air as a “28-year-old white Hispanic”… whatever that is.

Using that same logic why are they not describing Obama as the “white black president”?  Nope, he’s a black president… his mother’s race notwithstanding.

The current version of the MSNBC.com story has been altered to reflect some semblance of reality, but here is a screen capture of the original quote used in the story.  You can also listen to the entire call here to confirm the full and accurate quote I’ve used above.

Bear in mind this manufacturing of racism is something that both MSNBC.com and NBC News are actively distancing themselves from so I thank LesJones.com for capturing the original story and posting the image online and to WFTV.com for posting the full audio of the 911 call.

Paul Joseph Watson and Alex Jones have written an excellent piece on this whole thing (thanks for bringing it to my attention, Jane), including a lot of information that I frankly found disturbing, not because it isn’t true, but because it is.