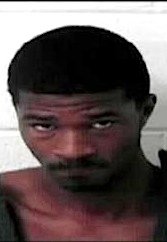 Bernard Archer is 19 years old.  He lives in Newton County, Georgia.  His neighbour, Dr. Cathryn Lafayette, thought she was helping the young man earn some money so he could get his GED.

She needed some help with her pitbulls so she hired Bernard Archer to clean out their kennels.

“Our agreement was if I pay the tuition [for his GED] then he would pay half by working here at my home or whatever I had for him to do,” Dr. Lafayette told reporters.

She was doing the charitable thing; the kind, neighbourly thing.

Then the police knocked on her door.

She was informed by officers from the Newton County Sheriff’s Office that Bernard Archer had been arrested and charged with two felony counts of bestiality based on video evidence of his acts recorded by a neighbour’s security camera.

Dr. Lafayette was understandably skeptical of the claim.  She, like most of us, would like to believe the best about people, not the worst.  When she refused to believe the officers they showed her the videotape.

To say she was disgusted and horrified would be an understatement.

“And it showed him on his knees inside the kennel with my dog. He was on his knees like he was a dog,” Lafayette said. “For him to come on my property and rape my female dogs, that’s totally unheard of and that hurt me. I wasn’t here to protect them.” 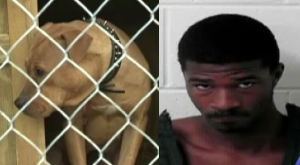 Given the sometimes aggressive nature of pitbulls, you’ve really got to wonder what this young man was thinking.