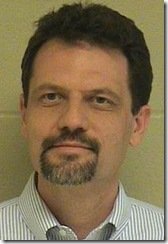 Richard Seaton was the chief administrative officer for the city of Shreveport when he decided to rape a young woman on the couch in the Mayor’s office. When he was done with her, he dropped his victim off at a downtown casino as if nothing had happened.

She called police and reported the rape. Seaton was arrested a short time later.

K.W., the Florida teenager who cannot be identified, was intoxicated at the Independence Bowl on December 27, 2010, which she attended with her boyfriend. Her boyfriend was arrested outside the stadium and taken away. The 18-year-old female was placed on a shuttle bus by Shreveport Police, who had called for the shuttle to take her back to HER hotel room to await her boyfriend’s release.

Somewhere during this chain of events Richard Seaton took notice of the 18-year-old Florida highschool student and decided he had to have sex with her. Lust and Covetousness overtook Richard Seaton and he decided then and there that having sex with this young woman was more important than everything else in his life.

Video footage shows he walked onto the shuttle, spoke briefly with the young woman and then they left together. He drove her to the City Jail, presumably to check on her boyfriend, then to the Shreveport Mayor’s office where he forced her to have sex with him on the Mayor’s couch.

He must also register as a sex offender when he is released from prison.

“I cheated on my marriage and I know that was wrong,” he told Caddo District Judge Ramona Emanuel in the afternoon court session.

Unfortunately, even some church-going people can’t seem to comprehend the nature of sin or what the Bible says about it. Despite the court’s verdict of guilty and Seaton’s admission of what he did, Carol McDaniel, identified as a former church-goer with Richard Seaton, publicly excused his actions.

“He talked about his kids very often,” she said. “He’s always conscientious and attuned to what they needed. Even when he wasn’t with them, he wanted to talk about them.”

While it’s great that he talked about his kids all the time and wanted to take care of their needs, what’s that got to do with his raping an 18-year-old high school student on the couch of the Shreveport Mayor’s office?

Perhaps instead of lusting after an 18-year-old outside the Independence Bowl, Richard Seaton should have been home with those kids, attending to their needs. It’s just a thought…

“He is a decent human being. He has to live with this the rest of his life.”

Sorry, rapists are not decent human beings. Not even when they’re the son of a retired United Methodist Pastor.

Richard Seaton fell to the power of the sins of lust and covetousness, then decided to use his position of authority to force an intoxicated high school student to accompany him first to the City Jail and then to the Mayor’s office, where he raped her.

There is nothing decent about that.

Now… lest any of us find ourselves growing just a little smug and superior to Richard Seaton… Remember… there, but for the grace of God, goes every one of us.