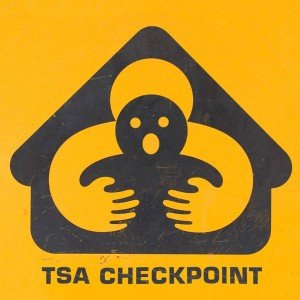 The Transportation Security Administration, or TSA as it’s more commonly known, sold Americans on the idea the TSA would keep them safe.  Like all “big government” agencies, the way this is accomplished is two-fold.  First, strip you of your rights, and second, spend billions on technology that sounds great but doesn’t actually do anything useful.

I have, like many others, written a lot on how the TSA’s gropefest and child molestation schemes help strip us of our Rights, but haven’t touched on the actual technology involved.

It turns out that this is so simple a 5-year-old can do it.  Here are two videos that delve into this in great detail.  The first is of this young man showing you exactly how he was able to sneak a metal object through the TSA screening station with ease.  The second is of his interview on the Alex Jones show where Jon Corbett explains in even greater detail why the TSA screening system is nothing but smoke and mirrors that actually makes you LESS safe, not more.

Naturally, because these videos shine the light of Truth on both the TSA’s lies and their failure to do their job properly, these videos are constantly being taken down from YouTube.  Isn’t state censorship a great thing?

If, for example, the two links to YouTube no longer work, I’ve also added links to these videos from a source that the TSA and YouTube have no control over, and therefore cannot delete.

I hope you enjoy learning just how ludicrous the TSA’s claims are as well as how useless the scanning system they have wasted billions on is at keeping you, the travelling public, safe.

How To Get Anything Through TSA Nude Body Scanners

Non-YouTube video links:
How To Get Anything Through TSA Nude Body Scanners