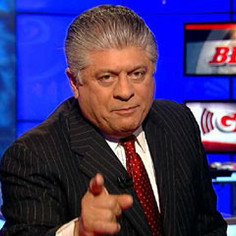 Judge Andrew Napolitano is one of the foremost defenders of freedom.  His comprehension of the Constitution of the United States of America is arguably one of the best alive today.

Until recently Judge Napolitano had his own show on the Fox News Network called “Freedom Watch” where he would espouse the benefits of freedom and demand America’s government actually live by the Constitution, and not ignore it at every possible turn.

There was a lot made of Rupert Murdoch, the owner of Fox News, telling Fox News to cancel “Freedom Watch” and fire The Judge.  Many wondered why such a popular show would be killed, especially since its ratings continued to climb.

There is a very simple explanation for all this, really.  Judge Andrew Napolitano used his television show to do one thing and one thing only that is completely unacceptable to the Media and Power Elites: he told the truth.  Specifically, he told the truth about the state of America today, and he did it by asking a series of questions that the powers that be do NOT want asked, let alone answered.

While others may disagree, below is the speech that Judge Napolitano delivered on Freedom Watch that I believe spelled his demise.

This speech should be required viewing for every single person in North America, for the truths spelled out in it are earth-shatteringly clear.

If you would like to read the entire speech, you can do that too, courtesy of LewRockwell.com.