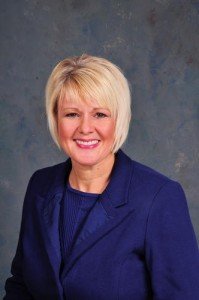 On Tuesday, February 7, 2012, Conservative MP Cheryl Gallant rose in the House of Commons and made the following speech.  In it she highlights why everyday law-abiding Canadian gun owners despise Canada’s Firearms Act, and why, to quote her, “The creation by the Liberals of a new criminal class, rural firearm owners, was the ultimate triumph of the negative political politics” that served only to alienate the largest single group of allies law enforcement previously enjoyed: Canadian Firearm Owners.

She highlights the Constitutional violations contained in Bill C-68, the original proposal which is now known as the Firearms Act and its Criminal Code Amendments.  She correctly points out that the problem with the Firearms Act is not “just” that it forces law-abiding citizens to register their private property, for that is not what most firearm owners despise about the Firearms Act.

What firearm owners despise is that simply by choosing to own firearms, our Constitutional Rights have been violated to the point where welfare recipients and pedophiles are granted more rights than we are under our so-called Justice System.

The very questions we must answer have been ruled unconstitutional if asked of a welfare recipient, and even a pedophile has the right to be free of unreasonable search and seizure. Not firearm owners.  We have no such rights any longer.  The Firearms Act, brought in by a former Liberal Government and its Minister of Justice Allan Rock, has seen to that.

Ms. Gallant comprehends all these facts and many more.

The only point I would argue with Ms. Gallant is where she says “this blatant assault on the Canadian Constitution can only be stopped by Bill C-19.  Bill C-19 actually does nothing to stop the Constitutional violations that law-abiding Canadian firearm owners live under every single day.

Bill C-19 is merely a single drop in the bucket of remedies that must take place in Parliament if we are ever going to restore Canadian firearm owners’ Constitutional Rights and treat them, dare I say it, as well as pedophiles and welfare recipients.

I urge you to read Ms. Gallant’s words carefully.  If you have time, read the remainder of the questions posed to her by opposition members in the house and her and her colleague’s answers.  It is truly enlightening.

When you’re done reading, I would ask you to send her a letter of thanks for speaking so eloquently on behalf of Canadian firearm owners.

Then I urge you to forward these words to the Minister of Public Safety, Vic Toews and ask him to read them.  Finally, send them to your own Member of Parliament as well as your provincial representative.

They all need to read Ms. Gallant’s timely message.

Pay close attention to her very last question.  It’s one no Liberal will ever answer, and I have to wonder why our so-called Conservative Prime Minister has, so far at least, refused to remove this from Canadian law.  Is the answer simply that in order to finally achieve his much-desired majority, Stephen Harper and the rest of his government is now Conservative in name only?

Madam Speaker, it is with the support and respect of the people of my riding of Renfrew—Nipissing—Pembroke that I rise today once again to speak in support of this legislation, which will finally scrap the long gun registry.

I am pleased to confirm to the House that scrapping the Liberal long gun registry is the number one topic of discussion when I am out and about on the various public engagements I am invited to attend.

My constituents followed the progress of this legislation very closely. They are disgusted by the cynical, manipulative ploys of the opposition. My constituents assure me they will never in their lifetime support those parties with their not so hidden agenda to reintroduce the registry.

In my riding, demonstrations against the Liberal long gun registry were not occupied by young people being manipulated by radicals funded by foreign interests. These demonstrations were held by middle-aged firearm owners whose first reflex is to respect the laws of the land, whose parents and their parents before them built this great nation.

The political alienation of rural Canadians by the Liberals was a far greater loss than the $1 billion-plus that have been wasted on an experiment in social engineering. It was an experiment that backfired on the Liberal Party and helped reduce it to the fringe status in Canadian politics it enjoys today. The creation by the LIberals of a new criminal class, rural firearm owners, was the ultimate triumph of the negative political politics, which thoughtful Canadians rejected in the same way they rejected the Liberal long gun registry.

This may be the worst and most enduring product of the gun registry culture war. When it comes to the gun issue, my constituents all know my stand. I am against it and I will never quite fighting until it is gone.

Until now, however, I have only made reference to it as the Liberal long gun registry, which means registering all serial numbers on guns owned by law-abiding citizens, but there was much more.

As we all know, brave Canadians have sacrificed their lives in two world wars and many conflicts, the most recent in Afghanistan, to ensure that we have a free and democratic society, as well as the rule book that lays out how society will be run. The rule book is the Constitution of Canada. However, when Liberal minister, Allan Rock, brought in Bill C-68, the original legislation, using deception and flawed RCMP data, his Liberal Party failed to tell the public that hidden in his so-called “gun bill” were 11 unconstitutional sections that denied the rights and freedoms guaranteed to us by our Constitution.

The reality of this blatant assault on the Canadian Constitution can only be stopped by Bill C-19. Yet the left-wing parties are fighting to keep this kind of legislation on the books, vowing never to rescind it. They have promised to keep fighting every attempt by our government to end it and then to reintroduce it if they ever get the chance.

Nevertheless, our Constitution is the set of rules that our government abides by because they represent the supreme laws of the nation. When we see the left-wing parties demanding that the gun registry stay, remember they are demanding an outright repudiation of the Canadian Constitution as well as a blatantly unconstitutional denial of our civil rights and freedoms. These violations prove that the long gun registry was never about crime reduction. It was about giving the Liberal government the power to seize Canadian property without due process.

The 11 violations constituents cited are as follows.

First, Bill C-68, from which the long gun registry emanated, denies the constitutional right to possess private chattel property by allowing the police to confiscate the private property without the due process of law, or fair, just and timely compensation. That is from CFA subsections 102(1) and 102(4). This section also provides for the future confiscation of any and all personal property, classed as being prohibited upon the death of the owner, without monetary compensation of any kind.

Second, Bill C-68 denies the constitutional right to be secure against unreasonable search and seizure, by forcing citizens to allow the police into their homes to search and seize without a warrant, even if no known crime is suspected. They have to allow the search or face arrest, and the legality of search can only be challenged after the fact. That is from CFA sections 102 to 104 and Criminal Code amendment subsections 117.04(1).

Third, Bill C-68 denies the constitutional right against self-incrimination, the right to remain silent, while allowing police to threaten criminal charges, according to CFA sections 103 and 113, if one does not assist the police to search one’s home and go through one’s belongings, relative to the enforcement of the act, its regulations or part III of the Criminal Code, CFA section 103.

Fourth, Bill C-68 denies the constitutional right to be presumed innocent until proven guilty by saying the burden of proof is on the individual. That is reverse onus. That is CFA subsection 75(3), Criminal Code amendment subsection 117.11. This section alone destroyed the very foundation upon which our entire legal justice system was predicated.

Sixth, Bill C-68 denies one’s constitutional right to privacy by authorizing police to conduct warrantless searches of one’s home at any time, even if one does not own a firearm. That is from CFA subsection 102(7) and section 104.

Seventh, Bill C-68 denies the constitutional right to freedom of association by allowing the government to prohibit one from owning a firearm if one is an associate of someone who is already prohibited from owning a firearm. That is Criminal Code amendment subsection 117.011(1)(b).

Eighth, Bill C-68 denies the constitutional right to be represented by an MP by allowing the justice minister to make unilateral regulations that modify the Criminal Code as he or she sees fit, using orders-in-council, without ever having to go through the House or Parliament. That is CFA subsections 117(a) to (v) and subsection 119(6), part III of the Criminal Code. That provision makes the justice minister a law onto himself or herself.

Ninth, Bill C-68 denies aboriginals their constitutional right to equal treatment under the law by allowing the government to unilaterally adapt or otherwise change any provision of the act as it applies to native people, according to CFA subsection 177(u). This is all without consulting the House or Parliament. That is from CFA subsection 119(6).

Tenth, Bill C-68 allows the justice minister to create civilian police, as opposed to properly trained officers dedicated to law enforcement. That is from CFA section 101. This provision leaves the door wide open for a future creation of unaccountable government forces and/or paramilitary units.

Eleventh, Bill C-68 allows for both military and foreign enforcement as well, but with no other part of the Canadian Criminal Code enforceable by the military, especially a foreign military. We wondered why that one was added. The truth is this provision was included to legitimize the future presence of foreign troops on our land. Why would Canada ever need foreign troops enforcing Canadian gun laws?