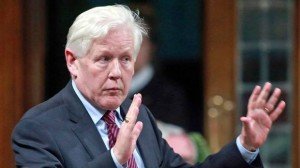 Interim Liberal Leader Bob Rae is the perfect Liberal.  He hates his fellow citizens and believes the State should, indeed MUST be all-powerful, especially when it comes to a monopoly of force.  It is the state and ONLY the state who should be able to use force to repel attackers, not mere citizens.

For those of us of the lesser class, i.e. not a Liberal politician or a Prime Ministerial wannabe, and who must rely on ourselves and not armed bodyguards of the state, the Ian Thompson case takes on very special significance.  If he is convicted of the unsafe storage charges he currently faces, then the rest of us too, are doomed, should our lives be threatened as his was.

Unless you’ve been living under a rock recently, you’ll know that in the early morning hours of August 22, 2010, Port Colborne, Ontario resident Ian Thomson used a legally-owned and registered handgun to fire warning shots over the heads of the three murderous cretins (no relation to our former prime minister) who were attempting to kill him by burning down Mr. Thomson’s home with him inside it.

The police and Crown prosecutors have decided that saving his own life is not acceptable behaviour.  Instead, Crown prosecutors seem to be content that Ian Thomson should have dialed 9-1-1 and then promptly died at the hands of his attackers, like a good little sheeple.

A police officer actually had the gall to say that Thomson was able to retrieve his firearms “too quickly”, therefore he was obviously guilty of the unsafe storage of firearms.

It’s an asinine comment and an even more asinine conclusion to draw.  Ian Thomson’s life was in immediate and imminent danger from three men caught on video cameras screaming death threats and tossing Molotov cocktails at his home.  It was only his ability to retrieve his firearms and fire a couple of warning shots to scare off his would-be murderers that allows Ian Thomson to be alive to suffer the abusive prosecution he is currently facing, not to mention the moronic comments of that policeman and now Bob Rae.

This is beyond absurd.  If an inmate inside a maximum security prison can use a concealed weapon to kill another inmate according the the Supreme Court of Canada (R. v. Kerr, [2004] 2 S.C.R. 371, 2004 SCC 44), then why can’t a man with no criminal record and a legally-owned firearms defend his life against three men actively trying to murder him?

Interim Liberal Party Leader and Chief Fantasy-land Dweller Bob Rae believes that what Ian Thomson did is best characterized as “vigilantism”, making Bob Rae about the only Canadian who is this mind-numbingly stupid.

The “Anointed One” himself, Justin Trudeau, is well in the running for Bob Rae’s title and while he has definitely attempted to place himself in position to reach the pinnacle that Rae currently holds, the younger and less intelligent Trudeau is still a few paces away.

Trudeau recently tweeted that the “first one to bring up Hitler in a debate loses”, a reference to MP Larry Miller’s comments in Parliament the other day.

The Liberal Party of Canada is either on the mend or on the verge of total collapse.  At the moment it’s hard to know which, but there are some telling signs readily available for all to see. If Bob Rae or Justin Trudeau are the next party leader, the collapse is inevitable.  Hangers on to ideas long tossed on the garbage dump of history, neither man has the ability or the vision to lead their party out of the dungeon of Canadian politics it currently occupies.

Both men would, it seems, rather see good, decent Canadians murdered, guns safely locked away and useless, rather than have any of us mere citizens use those firearms to successfully save our own lives from imminent attack by murderous criminals.

A few definitions are in order, even though the likes of Bob Rae are too high and mighty to bother referring to a dictionary.  Or to use the Common Sense that God gave a gnat, for that matter.

Self-Defense is doing whatever is necessary to ensure your own survival when faced with immediate and lethal danger.  This is precisely what Ian Thomson did in the early morning hours when three men were attempting to murder him. 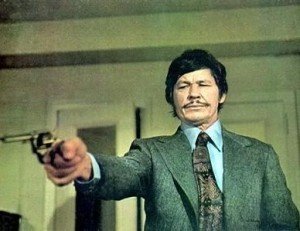 That Bob Rae confuses the two shows his utter inability to comprehend reality, and his complete willingness to live in a fantasy land the rest of us can’t even see.

“Not everybody is William Tell,” Bob Rae said, referring to the legendary marksman. “We don’t want to encourage vigilante responses from people.”

I can guarantee you that there are Canadians living in fantasy-land, and Bob Rae is chief among them.

Ian Thomson, however, is not one of them. He does not live in Rae’s fantasy land.

Unlike the moronic Bob Rae, Ontario’s Ian Thomson lives in the real world where defending himself from murder was actually required.  He would be dead if he hadn’t done so.

I suppose Rae would consider it better if Thomson had shot the would-be murderers.  Anything appears to be better than firing warning shots to scare them away.

I will never comprehend the minds of Bob Rae and those like him who believe that while they stand on their high moral horses surrounded with armed bodyguards of the state, we mere citizens should be disarmed and left utterly defenseless at the very instant our lives need defending most.  The agents of the state are, of course, never on scene at those times, are they?

Bob Rae, just like other rabid “gun-control” advocates, would apparently rather see a woman raped and murdered, rather than see her standing over her dead attacker, a smoking gun in her hand.

Clearly Rae would prefer to see Ian Thomson’s charred corpse found in the burned-out shell of his home than Thomson actually survive the attack by defending himself with a firearm.

Mr. Rae, I must assume, completely agrees with the actions of Ontario’s Crown Prosecutors as well.

While the Crown has gone after Mr. Thomson with a vengeance, it is interesting to note that none of the men who actually tried to kill Mr. Thomson were ever charged with attempted murder, the crime they were actually committing.

Then again, they weren’t using firearms to commit their crime, were they?

No, it’s Mr. Thomson who is guilty of a crime and should be sent to prison, not the men who actually tried to murder him, right Mr. Rae?