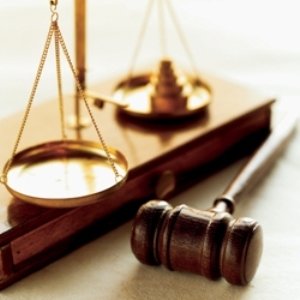 In what can only be described as in incredible display of judicial toughness in the face of a repeat offender, Judge Gregory Lenehan meted out the harsh sentence of “time served” and an even harsher warning to “not do it again” in his Bridgeport, Nova Scotia, provincial courtroom.

I’m sure James Douglas Hiltz was quaking in his boots at the sentence, handed down for his guilty plea for possession of marijuana and possession of a firearm while under a firearm prohibition.

Not only does this case show how incredibly useful firearm prohibitions are (since we don’t bother to track these offenders at all), but it also shows how judges like Judge Gregory Lenehan live under this false belief that if they are just stern enough with their wrist-slaps, the career criminal will magically transform their ways and never do it again.

The problem with this approach is that James Douglas Hiltz has already proven he isn’t going to change his ways.  When he was arrested for his latest crimes, he was already under an existing firearm prohibition order.

Fat lot of good that did, right?  It makes the judge’s stern warning seem more like a joke.

“If you ever come back before me again charged with possessing any type of firearm … I will put you in jail. It’s as simple as that,”

Oooooo… I bet that showed him, didn’t it!  Especially since he was arrested this time just two months after being sentenced for similar crimes…

By any rational sentencing standard, since James Douglas Hiltz has already showed he couldn’t care less about obeying laws or prohibition orders now is the time to show him who is in charge of the criminal justice system, not some mythical “later.”

Defense counsel helped sell the lunacy by claiming the following:

Defence lawyer Alfred Seaman said the time Mr. Hiltz had spent in custody – his first time in jail – was “traumatic” and “eye-opening.”

That’s kind of the point of jail, isn’t it?  It’s not supposed to be a pleasant experience.

But the real question is not whether or not Mr. Hiltz found jail to be a “traumatic” experience, but why, given his long criminal record this was the first time he’s been forced to park his behind in a jail cell?

According to Nova Scotia’s SouthShoreNow.ca article, James Douglas Hiltz was first charged with marijuana and firearms offenses in 2009.  These charges resulted in his first firearm prohibition order.

Then in 2010 he was again arrested, charged and convicted of marijuana and firearm possession charges.

a loaded Remington on a table pointing out a window at a pile of carrots. It was connected with a live feed to a television in the home’s master bedroom. Police also found nearly 1,000 grams of marijuana bud in plastic bags in a hut off a path which led from the Hiltz property.

Given the long history of refusing to obey the law and his previous firearm prohibition orders, Judge Gregory Lenehan’s asinine sentence shows us very clearly who is in charge of Canada’s criminal justice system: career criminals.